A Chicago gay bar is being taken to task for hosting a puppeteer who put on a show trafficking in racist stereotypes about Black people that angered both those in attendance and — once video of the performance was circulated online — many in the LGBTQ community generally.

The performance took place during the 45th anniversary celebration for Touché, an LGBTQ leather bar located in the city’s Rogers Park neighborhood. The owners of the bar had hired comedian Jerry Halliday — who had performed at the bar in the past — for the event, but reportedly did not preview his performance to check if it was appropriate, according to the nonprofit news outlet Block Club Chicago.

During his performance, Halliday pulled out a puppet he called “Sista Girl,” a clearly racist caricature of a Black woman. The actual performance was just as offensive, with Halliday speaking in a stereotypical accent, making racist jokes, and even being transphobic as well. A video posted to Twitter by someone who attended the anniversary — but was evidently disturbed by the performance — shows one audience member challenging Halliday on his act.

“Everyone in the crowd thinks this is a little weird for 2022,” the audience member says in the video clip. Halliday followed that up by asking “everyone who wants this man to shut up to make some noise.” The sounds of people clapping and cheering can be heard immediately after that statement.

Towards the end of his performance, Halliday attempted to excuse his act by saying that it was important that people “laugh together.”

However, not everyone was so pleased with Halliday’s performance. One bartender working the party found the act so offensive that he quit halfway through his shift due to the racist performance and Touché’s association with it.

“The longer I was there, I started feeling nauseous,” bartender Cris Bleaux told Block Club Chicago. “I reached a point where I realized my integrity is more than this job. I had to go.”

Mr. International Rubber (MIR), a competition hosted by Touché, has since cut ties with the bar, according to GoPride Chicago. Winner of MIR 2014 Miguel Torres was in attendance at the celebration and left due to the show’s racism.

“It was extremely unsettling and disgusting,” Torres said. “I just looked at my friend and said, ‘This is the first time I’ve ever felt unsafe in this bar. Let’s just go.'”

“This bar is a safe space for a lot of us people from disadvantaged and marginalized communities, and this is just outrageous,” added Torres.

Touché later issued an apology in the aftermath of this event.

“People were harmed by his words,” the apology reads. “Racism and transphobia are wrong, we need to do better. Touché will continue to upgrade our awareness of and responses to racism, sexism, and transphobia. We are currently exploring ways to address the harm that was caused.”

As part of the apology, Touché said it planned on having a community “forum” at the Leather Archives and Museum in Chicago on November 9, but that was canceled and nothing has been rescheduled.

Some people in the LGBTQ community also called the apology insufficient.

“The issued apology wasn’t earnest; it was more of a ‘sorry we got caught,’ especially as patrons reportedly noted that videography wasn’t allowed during the performance. One can only presume that it’s either because Halliday doesn’t want his act stolen, or because the people who booked him knew the skit would be controversial and wanted to keep it under wraps,” freelance writer Derrick Clifton wrote in an editorial for The TRiiBE, an outlet focusing on news stories affecting the Black community

“What happened at Touché fits within a patchwork of incidents over time that have demonstrated that there remains work to be done across Chicago in making sure the LGBTQ+ community is inclusive of Black people,” Clifton added. “…Touché knew better, but didn’t do better. Nothing less than a fundamental shift in an approach to management can restore and repair the harm Touché did by hosting a racist performer. Not only is it time for a changing of the guard, but also a time to deeply examine business practices and how the establishment can better support Black communities.” 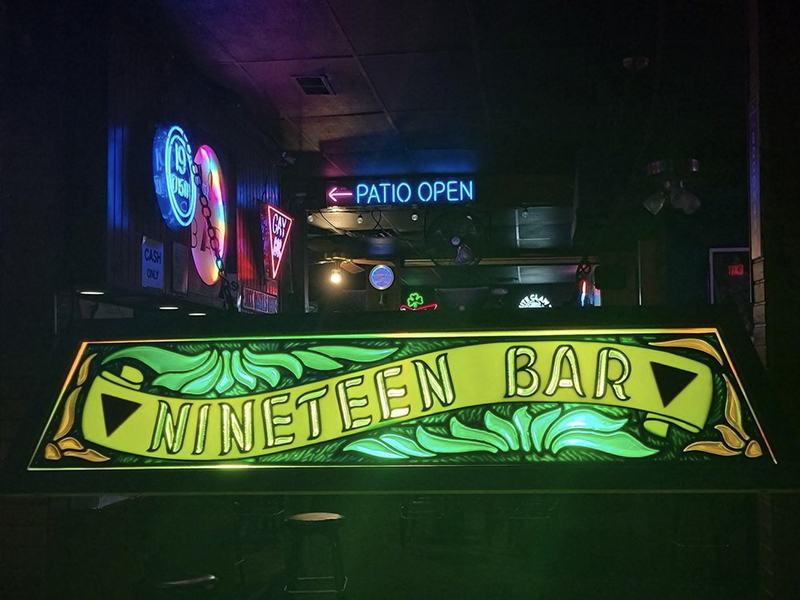