An Irish Catholic priest is receiving blowback after controversially declaring that gay politicians, including Ireland’s Deputy Prime Minister, or tánaiste, Leo Varadkar, are doomed to go to hell.

Fr. Seán Sheehy, an 80-year-old retired priest who has been filling in for a parish priest at St. Mary’s Church in Listowel, County Kerry, gave a homily on Oct. 30 condemning homosexuality, transgender rights, and abortion rights from the pulpit, according to Catholic World Report.

“You rarely hear about sin, but it’s rampant,” Sheehy said. “We see it in the promotion of abortion. We see it for example in this lunatic approach of transgenderism.”

He also cast “the promotion of sex between two men and two women” as sinful, echoing Church doctrine.

“That is a mortal sin and people don’t seem to realize it. It’s a fact, a reality, and we need to listen to God about it because if we don’t, then there is no hope for those people,” Sheehy said. “And so God is also telling you and me today, look, you have a responsibility to seek out those who are lost. You have a responsibility to call people to an awareness of the fact that sin is destructive, sin is detrimental, and sin will lead us to hell.”

Following outcry over the sermon, Bishop Ray Browne of Kerry published an apology the following day for “the deep upset and hurt caused by the contents of the homilies” given by Sheehy over the weekend, adding that Sheehy’s assertions did not “represent the Christian position” on homosexuality.

But Sheehy went to Irish media, complaining that the bishop was “muzzling the truth in order to appease people.” He told Radio Kerry that the bishop had stopped him from saying Mass.

“I know myself what I said cannot be disproven by any honest-to-God Christian or Catholic teaching, and that’s the bottom line,” he said in the interview.

In that same interview, Sheehy was asked if he thought Leo Varadkar, the former prime minister and current deputy prime minister of Ireland, and other gay politicians who support LGBTQ rights and abortion rights would go to hell, he replied: “Absolutely, if they don’t repent of their sin and ask for forgiveness, absolutely.”

Sheehy also said, during an appearance on RTE’s Liveline, that the government was pushing a secular agenda, and that politicians — along with the media and even the Catholic Church itself — had misled the Irish people into approving same-sex marriage and abortion rights in countrywide referenda in recent years.

“Absolutely, guaranteed there was an agenda, even the way the ballots were written. The groups were stacked with people who are pro those things and had their own agenda; they didn’t really bring in the people on the opposite side at all to give their opinions,” Sheehy said. “The result actually was of people who were completely misinformed. You had people in America who actually paid people’s fare to come to Ireland to vote in favor of abortion.

“You had an agenda that was really being pushed and the sad point about it is that the hierarchy was mute: they never educated the people at all,” he added. “…The national media had its own agenda, my agenda is that of the Scriptures and the teachings of the church.”

A spokesman for Varadkar, who was on a trade mission to Singapore at the time, noted that the deputy prime minister disagrees with the priest but respects his right to express his beliefs, reports the Irish Mirror. 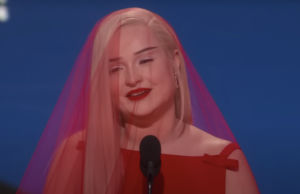 That spokesman also quoted Pope Francis, who, as a more liberal-leaning pope, has stuck by Church doctrine when it comes to opposing same-sex marriage and adoption and transgender rights, but has stopped short of condemning LGBTQ individuals.

“The Tánaiste does not believe that gay people will go to hell for being who they are, nor does he believe that any man or woman can make such a judgment,” the spokesman said in a statement. “As Pope Francis said, ‘who are we to judge.’ As the Bible says, ‘judge not lest you be judged.’ We are all God’s children.”