Now the man’s mother is campaigning for Republicans, attacking Democrats — including Bragg — for being soft on crime.

John Umberger, a gay 33-year-old political consultant from D.C. was visiting New York on May 28 when he disappeared after a night out on the town. He used his credit card at a gay nightclub in Hell’s Kitchen, and then ordered and canceled a cab around 3:15 a.m.

An hour later, he was spotted on a surveillance camera in a car with three unidentified men outside an Upper East Side townhouse on East 61st Street where he was staying. Video footage shows Umberger and two of the men entering the townhouse, but only the two companions exiting after about 45 minutes.

Between 5:19 a.m. and 5:37 a.m., someone responded to six text messages on Umberger’s phone. The phone stopped sharing its location with Umberger’s siblings around 9:18 a.m., and a text message sent by his mother later than evening was never responded to, despite being marked as “read.”

On June 1, a few days after his disappearance, Umberger’s body was found in the townhouse, which is owned by the American Center for Law and Justice, where Umberger was director of diplomacy and political programs. Preliminary toxicology reports have indicated that Umberger died of a drug overdose, but also show evidence that he may have been “roofied.”

Police found his cellphone missing and his credit cards stolen from his wallet. More than $25,000 had been transferred from his personal bank accounts through cash apps on his phone, such as Venmo and PayPal, by changing the passwords, his mother told the Post. There was also a failed attempt to empty his Charles Schwab trust fund account.

His credit cards were later used to make purchases at a liquor store and at a Foot Locker store.

Umberger’s death is reminiscent of a similar incident involving the death of gay Brooklyn social worker Julio Ramirez, 25, who was captured on surveillance camera leaving another Hell’s Kitchen gay bar — located just two blocks from where Umberger had gone clubbing — with three unidentified men back in April. Ramirez’s body was later found dead in the back of a taxi on the Lower East Side an hour later. 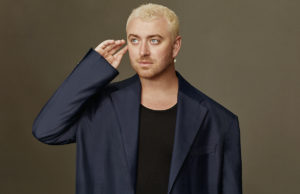 Like Umberger, Ramirez had his phone and wallet stolen, and his bank accounts had been emptied, with nearly $20,000 removed through apps like Venmo and Zelle. His credit cards had been maxed out and used to purchase expensive dinners and spa services.

A spokesperson for the Manhattan District Attorney’s office told the British newspaper The Independent that a team of prosecutors and analysts are investigating with the New York Police Department as they wait for the Medical Examiner’s final conclusions.

Linda Clary, Umberger’s mother, has said she believes the people who killed her son were targeting gay men in the city, and believes they will continue to take advantage of members of the LGBTQ community if they are not arrested.

While she has praised detectives investigating her son’s death, she has accused the District Attorney’s office of “refusing to prosecute my son’s killers,” despite the fact that police have not announced arrests in either case.

Clary, an Atlanta resident, has since campaigned for Lee Zeldin, a congressman from Long Island who is the Republican nominee for governor of New York. Over the weekend, she recorded a video message for Save Our State Inc., a super PAC supporting Zeldin’s gubernatorial bid.

In the video, Clary claims the same group of individuals last seen with her son have “drugged, robbed, and murdered countless young gay men in New York,” and demands justice, attacking Bragg and Democratic Gov. Kathy Hochul for being soft on crime.

“While Gov. Kathy Hochul says that increased violence is just political conspiracy, Lee Zeldin has promised to restore safety to New York and to fire District Attorney Alvin Bragg on day one,” she says in the video.

The New York State Board of Elections is currently investigating whether Zeldin’s campaign illegally coordinated with Save Our State, reports the The New York Times.

Throughout his run for governor, Zeldin has frequently emphasized shootings and violent crimes in New York City, highlighting voters’ concerns about crime and worries about whether the justice system has become to lax when dealing with violent criminals.

Hochul, for her part, has hit back against that messaging, calling Zeldin’s rhetoric on crime “dishonest,” describing plans to crack down on crime without additional restrictions on access to firearms as “irrational,” according to CNN. 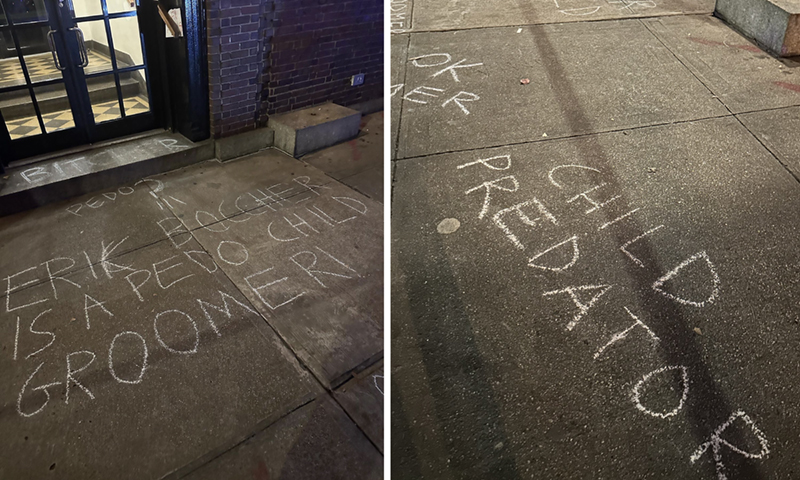 A New York Times report claims that Congressman-elect George Santos may have embellished or falsified parts of his resume.

George Devolder-Santos, who in November became the first gay Republican elected to Congress as a non-incumbent, allegedly fabricated parts of his résumé and biography, withholding details about his personal history, according to an exposé by The New York Times.

The Times alleges that Santos, a 34-year-old who previously lost a 2020 bid for the seat, which covers parts of Queens and Long Island, embellished some of the details of his work history.

For example, according to a biography included on an archived version of Santos's campaign website under the "About Me" section, he worked for Citigroup as an "associate asset manager" after graduating from Baruch College, a public college in New York City. But a spokeswoman for Citigroup, Danielle Romero-Apsilos, told the Times that the company could not confirm Santos's employment. She also said she was unfamiliar with Santos's self-described job title, noting that Citi had sold off its asset management operations in 2005 -- when Santos would have been a teenager. 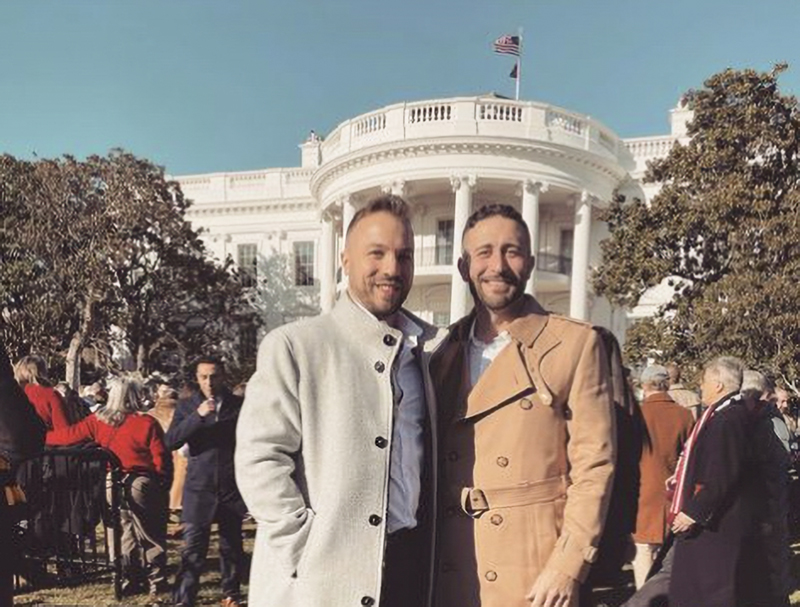