'No Choice But Love: Songs of the LGBTQ+ Community' features 24 tracks performed by Ferring with accompaniment from Madeline Slettedahl.

By Doug Rule on December 4, 2022 @ruleonwriting

Released by Lexicon Classics, No Choice But Love: Songs of the LGBTQ+ Community features 24 tracks divided into two discs, with a total run time of just over 90 minutes, and all performed by Ferring with accompaniment from Slettedahl.

The set features a mix of important songs by some of today’s leading composers, including Jake Heggie, Jennifer Higdon, and Ricky Ian Gordon, along with others by their forebears, such as Francis Poulenc and Benjamin Britten, and finally additional selections by a number of young up-and-coming LGBTQ composers, from Willie Lee Alexander III, a gay African-Mexican-American composer who has collaborated with Kanye West and Kim Kardashian, to Mari Esabel, a Mexican-American transgender composer.

The album’s title derives from a brand-new piece that the 29-year-old Ferring commissioned from composer Ben Moore, who frames poetry by Jamaican-American Terrence Chin-Loy.

“The speaker reflects on the people who came before and made our current freedoms possible,” Moore says about the song, whose title stems from the lyric, “We have no choice but love,” which Chin-Loy presents as a “hugely positive truth [that] is how the world is meant to be.”

“Madeline and I wanted to pay homage to the beautiful, difficult history of the LGBT+ community within the classical music world by featuring the many talented living and passed LGBT+ composers,” Ferring says in a press release. “We believe that music is a means of expression, an alternative lens through which to interpret reality, and a healing force. We know that we must use our voices to be advocates for those whose voices are ignored or can’t be heard. We as artists must utilize our gifts to be catalysts for change, empowering our networks, and inspiring them to do what they never thought possible.”

Another composition by Moore opens the album, the four-song-cycle Love Remained, which includes selections from the 2010 coming out speech made by Fort Worth city councilman Joel Burns as well as excerpts from Harvey Milk’s impassioned “Hope Speech” from 1978.

The set’s second half opens with “On The Road,” with text by Ethel Carnie Holdsworth and music by Ethel Smyth, a rather fearless pioneering female composer who persevered despite the widespread skepticism and even scorn she faced as typically the first and often only female composer in the room, and whose “fervency of her commitment to music was matched by the passion of her romantic attachments to numerous other women,” Roger Pines writes in the album’s liner notes.

It’s immediately followed by Jennifer Higdon, one of today’s best-known composers, female or otherwise, and a member of the LGBTQ community, whose 2014 song “Lilacs” features text drawn from Walt Whitman’s When Lilacs Last in the Dooryard Bloom’d, a work that indirectly mourned the assassination of Abraham Lincoln.

No Choice But Love: Songs Of The LGBTQ+ Community is available now wherever you stream music. Visit www.ericferring.com. 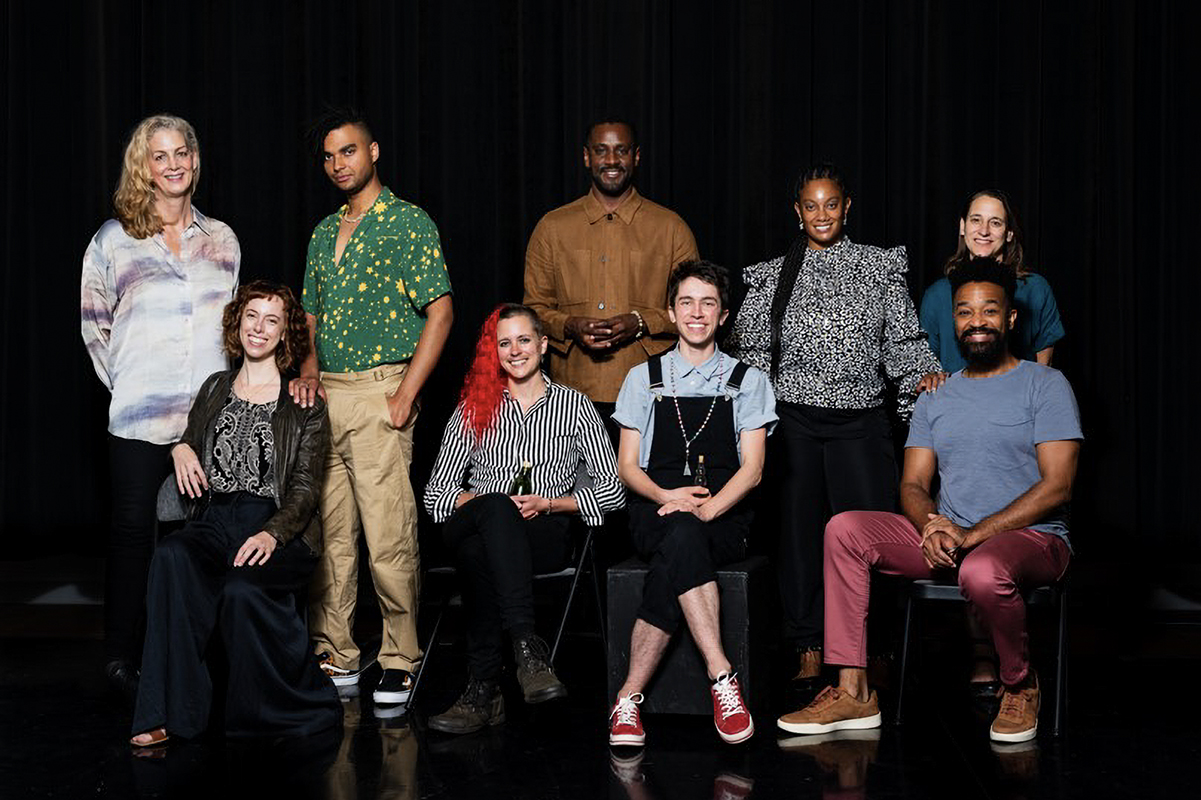