The Massachusetts Supreme Court on Tuesday finessed the issue of gay marriage, deciding that same-sex couples have the right to wed but leaving it to the state legislature to determine how that will be carried out. The court gave lawmakers 180 days to do so, an approach similar to one taken by the Vermont court in addressing that same issue, which lead to the creation of civil unions in that state.

A decision on the case, Goodridge vs. Department of Public Health, has been awaited for months by both advocates and opponents of same-sex marriage. The 4-3 decision was closer than most observers had anticipated.

In the opinion for the majority, Chief Justice Margaret H. Marshall wrote, “The Massachusetts Constitution affirms the dignity and equality of all individuals. It forbids the creation of second-class citizens…the Commonwealth [of Massachusetts] has failed to identify any constitutionally adequate reason for denying civil marriage to same-sex couples.”

Reviewing state marriage law and its implementation, the court declared, “In short, for all the joy and solemnity that normally attend a marriage [the law] governing entrance to marriage is a licensing law.”

It rejected the state’s argument that procreation is the primary purpose of marriage. “The exclusive and permanent commitment of the marriage partners to one another…[is] the sine qua non of marriage,” the court said.

The decision cited “the immeasurable advantages that flow from the assurance of a ‘a stable family structure in which children will be reared, educated, and socialized,'” and found no rational basis “to penalize children by depriving them of State benefits” because of the sexual orientation of their parents.

“The marriage ban works a deep and scarring hardship on a very real segment of the community for not rational reason,” the court said. Rather than throw out the marriage law as unconstitutional, it remanded the case to the trial court and delayed its implementation for 180 days “to permit the Legislature to take such action as it may deem appropriate in light of this opinion.”

Justice John M. Greaney concurred with the majority but would have gone farther. Using “equal protection” analysis, he would order immediate issuance of a marriage license. Delaying the remedy “on the grounds that the couples are of the same gender, constitutes a categorical restriction of a fundamental right.”

The three dissenters, in an opinion penned by Justice Robert J. Cordy, argued, “The court has transmuted the ‘right’ to marry into a right to change the institution of marriage.”

They drew upon U.S. Supreme Court decisions that tied the “fundamental” right to marry “primarily on the underlying interest of every individual in procreation, which, historically, could only legally occur within the construct of marriage because sexual intercourse outside of marriage was a criminal act.”

“No matter how personal or intimate a decision to marry someone of the same sex might be, the right to make it is not guaranteed by the right of personal autonomy,” said the dissenters.

Cordy’s dissent acknowledged that plaintiffs had made a powerful case for the extension of the benefits and burdens of civil marriage to same-sex couples, but he argued, “that decision must be made by the legislature, not the court.”

Justice Martha B. Sosman, argued in a separate dissent that the legislature should not tinker with the traditional definition of marriage until it is sure that it will not adversely affect this critical institution within society. She advocated deferring gay marriage until such a time that society reached a consensus that the idea in the abstraction was a good one.

“This is a momentous legal and cultural milestone,” said Mary L. Bonauto, an attorney with Gay & Lesbian Advocates and Defenders (GLAD), the Boston-based group that represented the seven gay couples who filed the marriage suit. “The law caught up with the reality that gay people and families are part of the fabric of our communities.”

“This is a proud moment for our family,” said lead plaintiff Hillary Goodridge. “We no longer have to explain to our eight-year-old daughter why we can’t marry, or that we love each other even though we are not married. And more importantly, we’ll be able to provide Annie with the full protections under marriage” that we cannot provide now.”

“We hope that our fellow Americans will treat these new marriages just like they want their own to be treated, offering respect and support to these couples,” said David Buckel, director of Lambda Legal’s Marriage Project. Lambda is appealing a lower court decision on marriage in New Jersey.

“Our U.S. Supreme Court victory [on sodomy] pushed open a door that had been locked for gay people for decades,” said Kevin Cathcart, executive director of Lambda Legal. “Today’s decision is in that same spirit. We will build on our victory and deliver its promise to gay people in all areas of life, including relationship recognition, parenting, schools and employment.”

Yet even amidst the celebrating there were warnings of caution.

“We are also preparing our families for an onslaught of attacks by right-wing activists,” said Dave Noble, executive director of National Stonewall Democrats. “The ruling is the beginning, not the end, of our struggle for all marriages to be treated equally.”

The Family Research Council (FRC) is leading the right-wing charge against the ruling and for the Federal Marriage Protection Amendment. “This is a wake-up call for both the American public and our elected officials,” said FRC president Tony Perkins, predicting dire results for the nation.

“We must amend the [U.S.] Constitution if we are to stop a tyrannical judiciary from redefining marriage to the point of extinction.”

Most leading Democratic political leaders have embraced a traditional definition of marriage as between a man and a woman, and yet have opposed amending the Constitution. Their Republican counterparts have been wary of embracing a constitutional amendment, pending the Massachusetts decision.

The court’s involvement of the legislature in the process of creating gay marriage may offer a sufficient fig leaf to deter the Bush administration from jumping on the marriage amendment bandwagon. Only time, and polling data, will tell.

Couple and their son claim suspect has previously harassed them, but they failed to report the other incidents to police. 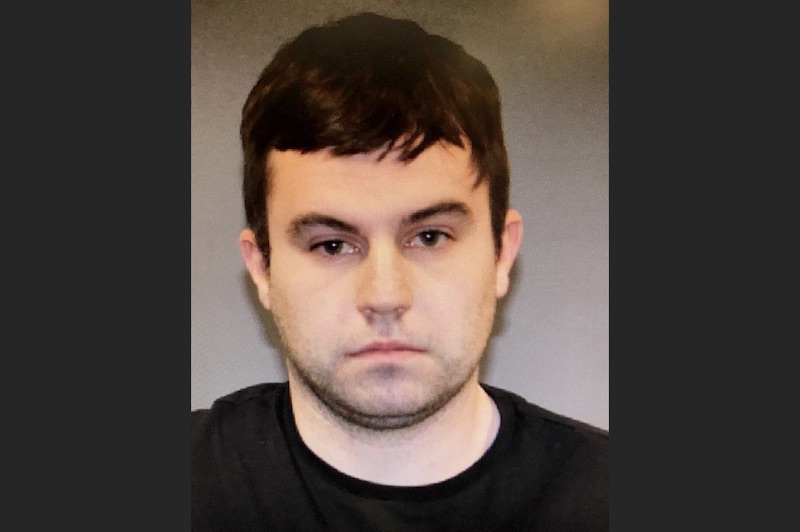 A DoorDash delivery man in Massachusetts was arrested on criminal harassment charges earlier this month after allegedly writing homophobic slurs on a gay couple's order.

Matthew Butchard, 27, of East Sandwich, is alleged to have drawn a penis and the couple's names, followed by the words "gay fags" on a Subway sandwich order. Butchard's actions were allegedly recorded on a Snapchat video that showed him writing on the sandwich as he dropped it off in the driveway of the couple's East Sandwich home on Sept. 17.

According to court documents, Colin Brady, 25, of Sandwich, was a participant in the incident but has not been charged, reports The Enterprise, a Cape Cod newspaper.

Jason Yoakam claims denial of treatment for his gender dysphoria is discriminatory and violates his Eighth Amendment rights.

An incarcerated transgender man has filed a lawsuit against the Virginia Department of Corrections for discriminating against him by denying him surgery and other treatment for gender dysphoria.

Jason Yoakam, who has been incarcerated at the Fluvanna Correctional Center for Women in Troy, Virginia, since 2004, was diagnosed with gender dysphoria in 2017, but has repeatedly been denied gender-affirming medical care, including mental health services and gender confirmation surgery. The Department of Corrections also denied Yoakam reasonable accommodations in the form of medical providers who are qualified and well-trained in dealing with patients with gender dysphoria, as well as an insistence that those providers refer to him by his preferred pronouns.