Coverboy of the Year 2006: Second Runner-Up 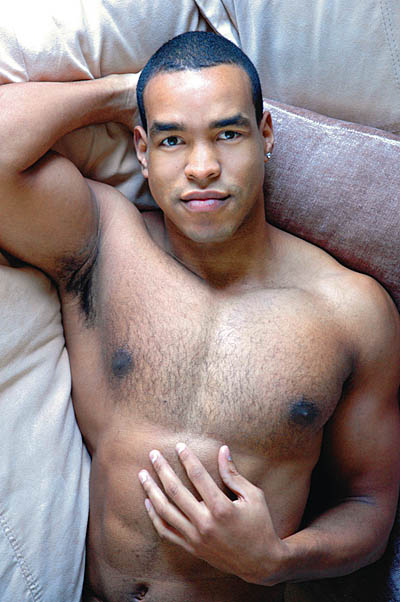 There is a good possibility that Mitchell Nedab usually has two things on his mind — well, three if you count the 24-year-old’s nonchalant approach to finding Mr. Right. The other topics of interest include teeth and plants.

The ambitious dental student, now in his second year at Howard University, is also an avid plant lover. And he has put his bachelor’s degree in biology, from the University of Virginia, to good use with an online business project called Mitchell Greens.

Not only does he want to fix your teeth, but he wants to make your house greener, too.

”It’s sort of like indoor landscaping,” he says. ”The whole thing about it is I decorate people’s homes. I put indoor plants in there with the pots and everything, and I come back every week and take care of them. A place with plants is a lot more warm and comfortable.”

It’s an admiration inspired by a high-school trip to an ecological reserve in Brazil, as well as his own outdoorsy upbringing in Accomac, Va., on the Eastern Shore.

”Growing up, we used to be in the garden, growing corn, tomatoes, strawberries and watermelons. I have a really big green thumb,” he says. ”I guess I kind of picked it up from my dad.”

In addition to his green thumb, Nedab is also light on his feet — he loves to dance.

During his time at UVA, Nedab choreographed and performed with the university’s Mahogany Dance Troupe, where he showed off his hip-hop and tap-dancing moves in front of live audiences. He served as the co-president of the group during his senior year. Performing with a dance group is something he wants to do again, if he can ever find the time.

These days, he’s limited to shakin’ it during a night out on the town, including one of his favorite hotspots, Apex. Nedab’s increasingly hectic workload at school has also forced him to take a break from his side business of finding happy homes for flora.

But if his grades are any indication, it will only be a matter time before he’s decorating his own dream home in Washington, which he says will be fully equipped with a greenhouse-like-room that he will use for his 10 orchids and pet snake, Miguel.

”I don’t know if I’ll be able to have my dream home in D.C., but I will try my hardest,” he says, noting his appreciation to live in a historical city and the nation’s capital. 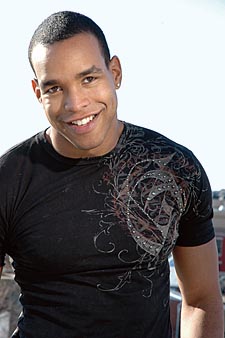 For now, Nedab has invested his concentration on his studies, which recently advanced to include hands-on explorations such as filling cavities and drilling root canals, among other duties, on plastic dummies. And he is only a few weeks away from performing dental work on actual patients.

”I am a little nervous,” he admits. ”And I’m kind of wondering how I’m going to get patients.”

One thing he’s not worried about is how fixing people’s teeth will affect how he feels about kissing.

”One thing I have noticed is that I do pay attention to people’s teeth more often,” he says. ”I try not to say that because I think it makes people feel self-conscious, but my teeth aren’t great either. I’ve had surgery on my mouth, and I had braces.”

In finding Mr. Right, Nedab says personality takes a higher priority over how ”cute” a guy is.

”I’m not into pretty boys or pretty guys,” he says. ”I’m just into the average, normal looking guys.”

Nedab’s appearance as a coverboy in Metro Weekly in September generated some buzz, but didn’t result in anything serious.

”There were a few people that recognized me from it,” he says. ”I got a little bit more attention, but nothing really huge.”

In the past year, Nedab came out to two of his three siblings — he has two big sisters and a little brother. Oldest half-sister Shanny took it well, sister Fatima not as much.

”Out of everybody she took it the hardest,” he says. ”I didn’t really expect that.”

Despite that difficulty, Nedab says his experience has been ”easy,” compared to some of the coming-out stories he has heard from friends throughout the years: ”I’m grateful for that.”

He has always been aware of being gay, but didn’t come out until his early 20s because he was still coming to terms with it himself, he says. It wasn’t until he came to D.C. that he felt comfortable enough to be himself.

Nedab came out to his mom over the phone and she recently told his dad the news. But Thanksgiving brought an unexpected, and pleasant, surprise. ”It didn’t seem like an issue at all,” he says.

”He didn’t call me for like a month,” he says. ”I was afraid and nervous because I had to go home for Thanksgiving and I hadn’t talked to him.”

”We all went to a college football game — me, my dad and my little brother, all the guys. And we had a really good time.”

Please Note: Some restrictions may apply to certain prizes.
Our thanks to all those who graciously provided prizes to this year’s Coverboy winners.

← Previous Story Wicked Cool
Next Story → A Man for All Seasons