METRO WEEKLY: From your — or your organization’s — perspective, what is the most immediate effect of the presidential election on the LGBT community?

PAUL KAWATA: I believe we will be discussing the implications of this period of U.S. politics for decades to come. The symbolic importance of this presidential election in terms of American attitudes toward race, ethnicity, gender and religion cannot be understated. 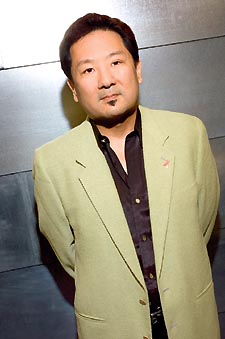 I never thought I would have an opportunity to vote for a person of color for president. This past year though, the race for the Democratic presidential nomination was between a woman, Senator Hilary Clinton, and an African American, Senator Barack Obama. The Republic nominee, Senator John McCain, selected his party’s first female vice-presidential nominee, Governor Sarah Palin.

America responded to this incredible turn of events with an historic turnout to the polls that resulted in a landslide electoral college victory and a majority in the popular vote to Obama.

For me, the election of Obama, and a Democratic Congress, means that the Americans are ready for change on so many levels. Though Proposition 8 passed in California, it did not win by the margin that it probably would have even four years ago. We must take heart that our courts are starting to look favorably on gay rights, and that gay marriage was legal in California, even if for a short time. We are on the cusp of a new day. It is up to us as community organizers and LGBT leaders to continue the fight for our rights.

MW: Since the 1990s, a small number of LGBT issues have consistently emerged at federal legislative level: gays in the military, the Employment Non-Discrimination Act, partner immigration, hate crimes and marriage equality. With a Democratic congress and president, which of those issues do you believe should be prioritized?

KAWATA: The election of a Democratic president and Congress offers an opportunity to address issues of inequality that still exist in every facet of American society, from health disparities in communities of color to equal pay for equal work for women to the right to mary in the LGBT community.

For me, we must continue to inculcate and sensitize the general public to LGBT needs and issues. It is obvious that the dominant society in this country still has some major misconceptions about homosexuality and transgenderism.

Education will be of a great assistance in this manner, which a campaign to ensure equal rights in the workplace and hate crime legislation against LGBT people would help accomplish this goal. Laying the groundwork in this manner would help make other issues of equality — marriage, partner immigration, etc. — a reality.

MW: Will Congress be able to pass a trans-inclusive ENDA?

KAWATA: If we can sensitize the American public to LGBT issues, then a trans-inclusive Employment Non-Discrimination Act will be possible. We have a president that is dedicated to addressing issues of equality in this country. We just have to ensure that our voices are heard in the creation of his agenda around employment equity — and we will need to educate his Administration about transgender issues. It will not be easy; but it is possible and terribly necessary.

MW: Protections for and recognition of LGBT federal employees have often been attacked under the Bush administration. How do you believe the landscape will change for LGBT federal workers under the new administration? Will Obama’s pledge to extend domestic partner benefits come through?

KAWATA: The Bush Administration’s power was based on society’s fear of the unknown — from fear of the next terrorist attack to fear of sexuality in general. I see Obama’s victory as a referendum not only on Bush’s failed war policy, but also his administration’s intolerance toward minorities of all kinds in this country, whether LGBT, African American or otherwise. Indeed, the collapse of the housing market, rising gas prices and the dramatic downturn of the stock market are terrible, tangible events that have happened in our recent history. And they seemed to accelerate general society’s acceptance of LGBT people — one’s fear of homosexuality probably seems inconsequential when faced with a dwindling bank account.

We believe that Obama’s pledge to ensuring an America for all Americans extends to LGBT people, in the workplace and in terms of domestic partner benefits. It may not happen tomorrow, but I believe he will do all in his power to make this happen – we have to be sure that we are at the table to continue to educate his Administrators and our representatives on these issues, and help push the necessary legislation through both houses. And we cannot neglect to make our opinions as LGBT leaders and community organizers when it comes time to appoint Supreme Court Justices. Legislation impacts everyday life; a Supreme Court decision can shape our way of life.

MW: The Bush administration has been lauded for its work in Africa on HIV/AIDS. How do you think an Obama administration will influence HIV/AIDS policy in the U.S.?

KAWATA: We do have to applaud Bush for his dedication to addressing HIV/AIDS abroad, though it was apparent PEPFAR (President’s Emergency Plan for AIDS Relief) included language around abstinence-only education and family planning meant to appeal to his party’s conservative religious base.

Obama’s administration will need to focus on health disparities in the United States. These are directly related to socioeconomic inequalities in this country, such as lack of access to health care, poverty, homeless, etc. These conditions have helped fuel HIV/AIDS infection rates in communities hardest hit by these problems – most of which, unfortunately, are communities of color.

The National Minority AIDS Council is part of a coalition of national AIDS organizations of color that put together a document called ”Fighting AIDS in Communities of Color: An Action Agenda for the Next President,” which calls for a multi-faceted and comprehensive approach to HIV/AIDS issues domestically. In it, we called on the next president to implement seven points:

* Rapidly put in place a National AIDS Strategy, as we require all recipients of PEPFAR funding to do

* Collect better data on HIV/AIDS in communities of color, so that we have a better understanding of the epidemic in this country

* Strengthen HIV prevention efforts in the U.S., which has been under-funded during the Bush Administration. Prevention interventions are much less expensive than HIV treatment and care.

* Address the social determinants of HIV risk and vulnerability

Your readers may address this document from NMAC’s website: www.nmac.org.

MW: A number of rationales have emerged for the California loss — minority voters supporting both Obama and Prop. 8, low turnout in some areas such as San Francisco, ”No on 8” messages that avoided being too ”gay,” etc. — what do you think needs to be addressed among those in order to move forward in that state?

KAWATA: As I said before, many people are still uninformed abut LBGT issues in this country out of ignorance. It is up to us as community organizers and LGBT leaders to educate the public and bring LBGT legislative concerns to the public consciousness. We should take to hear that Proposition 8 did not pass by the margin it probably would have four years ago.