A D.C. Superior Court grand jury has indicted Robert Lee Hannah with a misdemeanor assault charge for the Sept. 7, 2008, attack that left Tony Randolph Hunter dead. Hunter was en route to a Shaw-neighborhood gay bar when he was attacked by a group that included Hannah on the 1300 block of Eighth Street NW.

Hunter, a Clinton, Md., resident, was 37 when he died 10 days after the attack. A follow-up hearing is scheduled for Aug. 17. 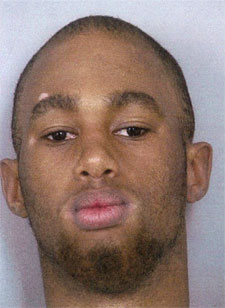 Chris Farris, co-chair of Gays and Lesbians Opposing Violence, says he is “disgusted” by the charges brought against Hannah.

“A man is dead,” Farris said. “And his crime? He was walking into a gay bar. I wanted to see Hannah charged with murder.”

Farris said the city is sending a “disturbing” message with the misdemeanor indictment.

“If you kill a gay man, just say he groped you. You don’t have to have witnesses. And as long as the victim is dead, no one is going to challenge you.”

Farris and his GLOV co-chair, Todd Metrokin, have criticized the United States Attorney’s Office for the District of Columbia (USAO-DC) for accepting a claim by Hannah that Hunter groped him, leading to the attack. GLOV has also criticized USAO-DC for not interviewing a second victim, who was with Hunter during the attack, immediately following the attack, and for charging only Hannah.

“If they have evidence that they’re not telling us, put it on the table,” Farris says. “The grand jury has come back, [and] the rules for secrecy no longer apply. Tell us what the basis for your actions are. We have the right to know. You are there to protect us.”