Ronald Clayton has created career-development programs for people who are GLBT or HIV-positive in Los Angeles and New York. Now he’s launched just such a program for Washingtonians.

”The job market in D.C. is completely different,” he says. ”In L.A. a lot of people coming in were in the entertainment business. Â… The New York market is much more diverse, and much less restrictive. Here in D.C., there’s a lot of government work.”

Because of that, Clayton says the District has been far less impacted by the downturn of the economy, because D.C. is ”largely insulated by government jobs and private-sector jobs that rely on government funds.”

Clayton wants to help members of the GLBT community and those who are HIV-positive land some of those jobs. To that end, he’s begun offering his career tips regularly at The DC Center, metro D.C.’s GLBT community center.

David Mariner, executive director of The DC Center, says anyone is eligible to take part in the organization’s Career Development Program after watching an initial presentation at the center any Monday throughout the summer at 2 p.m. Mariner says the program will be reevaluated at the end of the summer.

The orientation may be followed by an appointment for one-on-one advice to craft or polish a rÃ©sumÃ©, hone job-search skills, receive interview coaching, or pick up a many of the other tools that will help participants secure employment.

For those who are already employed, Clayton says this program has them in mind, too.

”It is for anyone who is either unemployed, or looking to change careers,” he says.

For people who are HIV-positive, Clayton offers advice on how to deal with the human-resources department once you are hired, beyond the rights recognized by the Americans with Disabilities Act.

”HIV is Â… protected by the American with Disabilities Act, but you ask anyone what that means, ‘What is a reasonable accommodation to me as an HIV positive person?’, and they can’t answer that. It’s not something that’s easy to navigate. But it’s really important.

”I’ve had people come in to me who recently started working with fatigue, having trouble with their medications Â… and my advice is to immediately disclose to [human resources], because once you do that you’re protected by the Americans with Disabilities Act, and you are afforded these accommodations.”

Those accommodations may include working later hours while taking longer breaks to rest.

Part of Clayton’s volunteer effort with The DC Center is calling various companies and asking them to fax over their job openings for GLBT applicants.

”They almost always do, because HR departments have a lot of pressure on them to diversify. We can help them do that.”

For details on the DC Center’s Career Development Program, visit www.thedccenter.org or call 202-682-2245.

Republic Restoratives Created Dissent Gin in the Spirit of RBG

Proceeds from sales of the new hickory smoke-infused gin will be donated to the National Network of Abortion Funds. 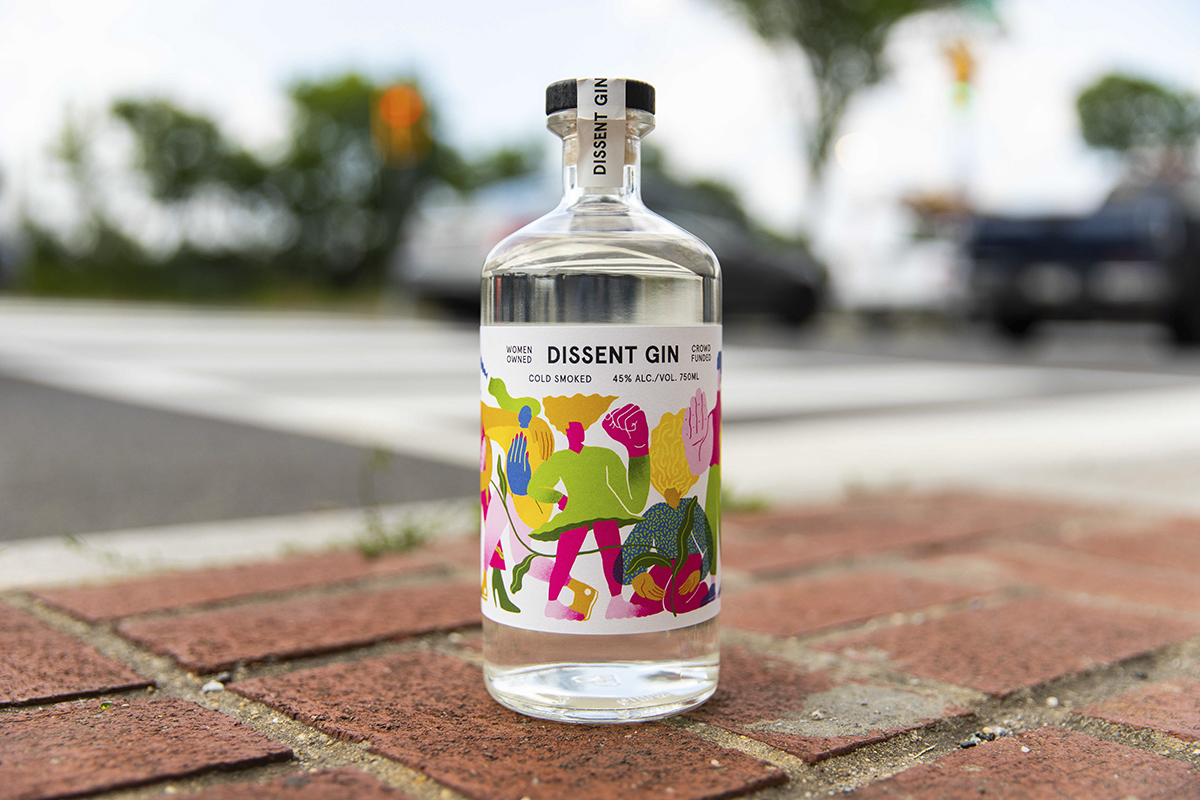 In the run-up to the 2016 election, Republic Restoratives, the women- and LGBTQ-owned and -operated local distillery, trademarked the name Rodham Rye, conceived as a toast to its namesake and the first female U.S. president.

Until, of course, the matter with the electoral college forced them to alter course. "We ended up keeping the name, but we changed the brand story," the distillery's Whit Kathner told Metro Weekly in 2018.

"Instead of it being a celebratory Clinton inauguration rye, we made it a tribute to all the women whose shoulders we stand on -- women who fought to repeal prohibition, who fought for the right to vote, who run for office, who start businesses."