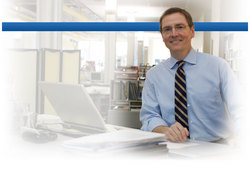 In Lexington, Kentucky, Jim Gray — currently the vice mayor of the city — has defeated incumbent Mayor Jim Newberry in an election that would have made little notice were it not for the fact that Gray is gay and out.

That fact was noted by Craig Cammack, the chairman of Lexington Fairness. Writing that he was at Gray’s acceptance speech, Cammack called it “[a]n amazing move for Kentucky and Midwest in LGBT representation.”

Speaking with Metro Weekly on Tuesday night, Cammack expanded on his remarks, saying, “I think what Jim Gray’s victory is more of a visualization. There is fairness in Kentucky — and in the Midwest.”

Asked if Gray’s sexual orientation had any impact on the race, Cammack said, “It actually didn’t.”

Noting that Gray came out several years ago and was out while serving as vice-mayor, Cammack said, “He’s a huge supporter of [Lexington Fairness], and always comes out to our events, whereas the former mayor never participated in that.

“We are very lucky in Lexington. We have a fairness ordinance here … but if you step outside Lexington you’re not protected [in most of the state],” he said. “We now have a Senator Rand Paul — that’s crazy — but we have Jim Gray who stands as example that some [in Kentucky] support fairness.”

Gray almost stands out most for how much he doesn’t stand out. From his bio:

Jim literally grew up in his family’s business, working after school in the firm’s small office in the basement of a restaurant in Glasgow. Tragedy struck the family business in 1972 when Jim’s father passed away at the age of 54, leaving a small business, a wife and six children. At the time, Jim was 19 and a freshman at college. Jim left school and returned home to help run the family business, while completing his degree closer to home.

The Victory Fund, which first noted his success, included a statement from Chuck Wolfe, its president and CEO, who said in the statement, “This is a tremendous victory for Lexington, for Kentucky’s LGBT community and for fairness. We are proud of Jim Gray and his fantastic campaign staff who fought hard for this win.”

← Previous Story The House: Whither (Wither?) Pelosi?
Next Story → Rep. Barney Frank Cruises to Victory, Cicilline to Join Him in Congress