News Analysis: As the military, the Congress and the White House began discussing post-election prospects for DADT repeal, there were more questions and rumors than answers

Over the past weekend, the military leadership began weighing in on the post-election – and ever-narrowing – window for the repeal of ”Don’t Ask, Don’t Tell,” which was quickly followed by rumors about the possibility of a version of the National Defense Authorization Act (NDAA) moving forward in the Senate with the DADT repeal provision stripped from it – a move the White House said it opposed. 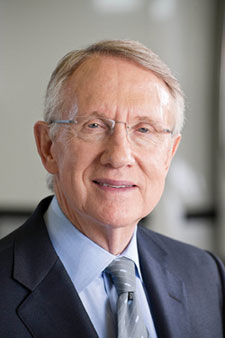 In The Wall Street Journal, Laura Meckler reported on Nov. 7, ”Sens. Carl Levin of Michigan and John McCain of Arizona, the top Democrat and Republican on the Senate Armed Services Committee, are in talks on stripping the proposed repeal and other controversial provisions from a broader defense bill, leaving the repeal with no legislative vehicle to carry it.”

On Nov. 8, Fred Sainz, HRC’s communications vice president, called the reports ”interesting background noise,” but added, ”At this point, this is nothing more than a rumor that has always been a possibility.”

Sainz – whose organization sent staff into eight states on Nov. 8 to push for lame-duck passage of DADT repeal – added, ”As you would expect, Republicans like McCain are going to be shopping around any option that strips ‘Don’t Ask, Don’t Tell’ repeal from the underlying bill.”

On the evening of Nov. 8, the White House interjected itself into the discussion, with White House communications director Dan Pfeiffer saying in a statement sent to Metro Weekly and several other media outlets, ”The White House opposes any effort to strip ‘Don’t Ask, Don’t Tell’ from the National Defense Authorization Act.”

On Nov. 9, a trio of lawmakers – the Independent Sen. Joseph Lieberman (Conn.) and Democratic Sens. Mark Udall (Colo.) and Kirsten Gillibrand (N.Y.) – issued a statement urging the Senate to act on the NDAA – with the DADT repeal provision included – this year.

”If Congress does not act to repeal ‘Don’t Ask, Don’t Tell’ in an orderly manner that leaves control with our nation’s military leaders, a federal judge may do so unilaterally in a way that is disruptive to our troops and ongoing military efforts,” they wrote. ”It is important that ‘Don’t Ask, Don’t Tell’ be dealt with this year, and it appears that the only way that can happen is if it is on the defense bill.”

Although the decision to repeal the 1993 law is a legislative one – absent the aforementioned court action – and one that President Barack Obama supports, the military leadership’s views have played into support for and opposition to DADT repeal throughout the year.

On Nov. 6, Defense Secretary Robert Gates told reporters, ”I would like to see the repeal of ‘don’t ask, don’t tell’ but I’m not sure what the prospects for that are,” according to the Associated Press. The AP report noted that Gates said Congress should act in the lame-duck session to do so.

The comments coincided with contradictory comments from the new Marine Corps commandant, Gen. James Amos, who said the same day that combat is ”intimate” and that this intimacy makes him uncertain of the impact of repealing DADT on ”unit cohesion” and ”combat effectiveness.”

”There is nothing more intimate than young men and young women – and when you talk of infantry, we’re talking our young men – laying out, sleeping alongside of one another and sharing death, fear and loss of brothers,” Amos said, according to AP. ”I don’t know what the effect of that will be on cohesion. I mean, that’s what we’re looking at. It’s unit cohesion, it’s combat effectiveness.”

On Nov. 8, however, Agence France-Presse reported that the chairman of the Joint Chiefs of Staff was ”surprised” by the comments from Amos.

”Actually I was surprised,” said Mullen – who has said he supports repeal – according to the AFP report. ”I was surprised what he said, surprised he said it publicly.”

Back in May, it was at this point in the legislative process — right before congressional action was thought to begin happening (and did happen) — when all of the service chiefs serving below Mullen issued letters questioning the timing of the amendment being considered in both chambers’ Armed Services Committees.

Now, however, with only a few weeks remaining until the Dec. 1 date when the Pentagon working group looking at DADT repeal implementation is supposed to have its report to Gates, the views of the service chiefs may be seen by some members of Congress as relevant once again.

They also may have changed.

With preliminary reports about the survey of servicemembers suggesting that opposition to openly gay and lesbian service is not as widespread as some of the service chiefs have suggested, and with questions about the ongoing appeal of Log Cabin Republicans v. United States as the background scene, it is not clear that — despite the comments from Amos — all of the service chiefs would be willing to send a similar letter opposing lame-duck passage of the repeal amendment.

If Amos stands alone in the military leadership as speaking out against DADT repeal in the lame-duck session — or if Army chief of staff Gen. George Casey Jr., chief of naval operations Adm. Gary Roughead and Air Force chief of staff Gen. Norton Schwartz speak out in favor of lame-duck repeal — the momentum for action in the lame-duck session could get a major boost. If Amos finds his comments echoed in coming days by his colleagues, repeal advocates will need to confront that reality with political strength in order to offset the military leaders’ comments.

Regardless of the comments of the military leadership, however, the action needs to come from Congress – and, primarily, from the Senate. The House in May passed a version of the NDAA that included the DADT repeal provision.

In order to pass repeal this Congress, the Senate must pass the National Defense Authorization Act in the coming weeks in order to get the bill to and through a conference committee with the DADT repeal amendment intact. The conference report must then be passed by both bodies and signed into law.

As Aubrey Sarvis, executive director of the Servicemembers Legal Defense Network, said in a statement on Nov. 7, ”If the President, Majority Leader Reid, Secretary Gates, and a handful of Republican senators are committed to passing the comprehensive defense bill, there is ample time to do so.”

The level of their commitment to ending DADT — with or without the support of the service chiefs — will become clear as the 111th Congress, and the Democrats’ control of the agenda in the House, comes to a close over the next two months.