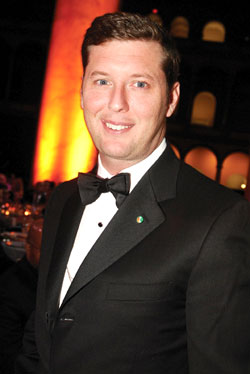 Tuesday’s votes will lead to lots of changes, but the loss of two Democratic supporters of LGBT issues, Rep. Patrick Murphy (D-Pa.) and Sen. Russ Feingold (D-Wisc.), are noteworthy — and, for some, stinging.

In a sign of the growing noise from gay Republicans, though, the challengers to both incumbents were supported by one of the right-partisan gay groups.

With a vote of 54 percent to 46 percent, Murphy has lost re-election to Congress to Mike Fitzpatrick (R). Fitzpatrick, a former congressman who had a moderate record but ran a more conservative race in 2010, will return to Congress in January. Murphy has been the House champion for the repeal of “Don’t Ask, Don’t Tell,” sponsoring the amendment aimed at repeal that was passed by the House in May.

“SLDN will forever remember and be grateful for Patrick’s remarkable leadership in the fight to repeal DADT, and I have no doubt Patrick Murphy will be back to serve this nation again,” he said. “We appreciate his long and extraordinary service to our country.”

Likewise, Feingold, with a similar margin, lost this evening to Ron Johnson (R). As Justin Elliot wrote at Salon, “Feingold, the three-term civil libertarian senator who was a hero to progressives for, among other votes, opposing the PATRIOT Act in the weeks after Sept. 11, was trounced today by Republican and Tea Partier Ron Johnson.”

Feingold was one of seven remaining senators of the 14 who had voted against the Defense of Marriage Act in 1996. The other six are Sens. Akaka (D-Hawaii), Boxer (D-Calif.), Feinstein (D-Calif.), Inouye (D-Hawaii), Kerry (D-Mass.) and Wyden (D-Ore.).

Of Murphy’s loss, Stonewall Democrats executive director Michael Mitchell said in a statement, “To say that we are heartbroken at the loss of one of our champions, Rep. Patrick Murphy, in his fight for reelection is an understatement. With DADT repeal, his commitment to our community never wavered. It was an honor to have Patrick as one of our ElectEquality candidates and we are proud of our efforts to help return him to Congress.”

The Log Cabin Republicans had endorsed Fitzpatrick, telling The Washington Post‘s Jonathan Capehart, “While we may not agree on every issue with a candidate we endorse, we have a continued dialogue with these Members in our efforts to secure further Republican support for legislation that benefits gay and lesbian Americans.”

GOProud, meanwhile, had recommended — but not endorsed — Johnson’s challenge to Feingold on Monday.

In the announcement of five Senate recommendations, GOProud stated that the recommendation list “represents races where GOProud is strongly encouraging its members and allies to support these men and women.”