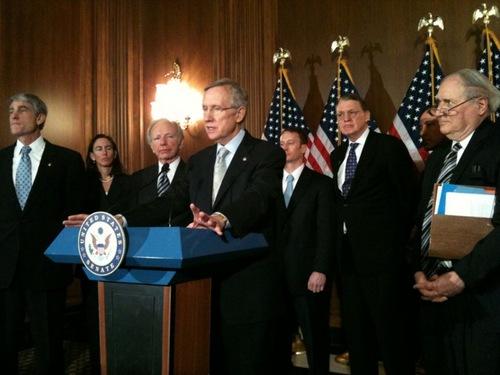 After a stressful month for supporters of repealing “Don’t Ask, Don’t Tell,” today’s successful 65-31 vote for the bill aimed at repealing the law is, for them, quite sweet.

As everyone begins analyzing (or spouting off, to put it less gracefully), though, here are 13 “fun facts” about today’s final roll call vote for passage of the DADT repeal bill to put it in context against the scene in 1993, when this policy became law. (And, don’t worry, I’ll have some more traditional analysis/spouting on Sunday!)

* = Of course, there were other reasons for supporting or opposing the NDAA, but — the point remains — the roll call vote to which I am referring was the final vote in the Senate to send the NDAA to President Bill Clinton’s desk with DADT as a provision in it.

[CORRECTION: As pointed out in comments, I had incorrectly identified an extra “split delegation” state. Idaho, of course, had no senator supporting repeal. The error has been corrected.]