Home / News + Politics / Poliglot / News Analysis: What Kind Of Day Has It Been?

News Analysis: What Kind Of Day Has It Been? 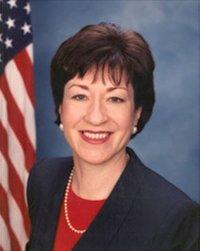 Hint: The repeal train was constantly teetering from side to side and likely almost fell off the tracks a few times, were it not for Sen. Joseph Lieberman (I-Conn.) and a potentially repeal-saving blink from Senate Majority Leader Harry Reid (D-Nev.).

Read in between each line, and you see a picture of today painted pretty clearly:

“Senator Joe Lieberman and I continue to negotiate in good faith with the Majority Leader [Collins is pretty directly claiming Lieberman as being on “her side” in this, which appears fitting in light of Lieberman’s strong defense of her earlier today.] to try and come up with a fair process under which the important Defense Authorization bill could be considered in the limited time remaining in this session. [Important. Limited.] Without a fair process, the motion to proceed to the bill would likely fail in the U.S. Senate. [By acting in a way in which she gets to define the terms, however, she’s pushing Reid.]

“Senator Lieberman and I requested a meeting with Senator Harry Reid last week [Both of them. She’s making it clear that she believes she has been looking to reach a deal for a while.] during which we outlined a specific plan for allowing debate and amendments similar to how the Senate has considered the authorization bill in the past.

“It wasn’t until 1:35 pm today that I received a legitimate offer from Senator Reid [Slam. Without noting Reid’s morning call for a “likely” vote this evening, she implies that any “bad faith” here came from him. Her qualifier of “legitimate,” however, does soften the blow of that. Also, there are several sentences here that could prompt a response from Reid; this is the most clear of those.], which I consider a good starting point. [Negotiations are ongoing.] We made a counter offer which would provide sufficient time for debate, and includes protections to help ensure that Republicans would be able to offer a limited but fair number of amendments that are relevant to this legislation. [She did — “15 guaranteed votes on amendments (10 for Republicans, and 5 for Democrats), and somewhere around four days to debate the bill” — and he has it.]

“I am encouraged that the Majority Leader decided to postpone the vote he had scheduled for tonight. [This is true. Had he not, and had she held by her pledge to vote no, the odds are fairly certain that DADT repeal would be dead for the year. It would have set up a partisan vote, and Reid could have then attempted to use that to move on to a stripped-down NDAA. That would have caused an uproar, no doubt, but a losing vote tonight would have been a killer.] I urged him to do this so that we could consider the tax legislation first, which I believe could be on the floor as early as tomorrow and completed quickly.  At that point, I believe we could move immediately to the Defense Authorization bill under a fair agreement, and I would vote to do so. [This is could be essential for there being enough time left for the debate on the NDAA that Collins is requesting. It also appears to be the key to Sen. Scott Brown (R-Mass.)’s vote as well.] I would hope he carefully considers our proposal.  I believe we have outlined a very clear path forward for the Majority Leader to take that would allow this very important debate to occur.” [It’s this, as with the above statement about the “fair process,” where one could question Collins’s motives. Does she personally want all 10 GOP amendments to the NDAA, etc., or is she pushing a partisan agenda regarding the NDAA in spite of her personal support for DADT repeal? That’s not to make a judgment on whether she or Reid is the one being more partisan; it’s just the obvious counter-point to the direction of the statement issued by Collins.]

The bottom line for today is that neither side blew up negotiations, Collins laid her demand on the table, and repeal prospects likely improved heading into Thursday.

[NOTE: Kudos to TPM’s Brian Beutler — to whose work several of the links in this piece are directed — for great reporting today on the DADT scene.]

← Previous Story Reid Says, “I Am Working” on the NDAA/DADT Repeal Bill; Collins Says, Not So Fast
Next Story → This Morning in DADT: Vote Decision in a “Little Bit”