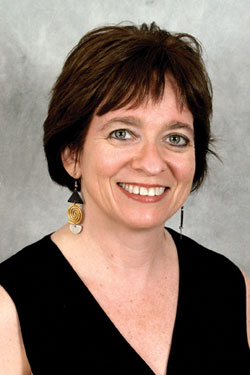 On the Senate’s last day in session, on Dec. 22, out lesbian Chai Feldblum was confirmed by the Senate for her position as a commissioner of the Equal Employment Opportunity Commission. Another out person’s nomination had stalled in the Judiciary Committee, however, and was returned to President Barack Obama, who must now decide whether or not to re-nominate Edward C. DuMont to an appellate judgeship in the 112th Congress.

Nine months earlier, on March 27, Obama had given Feldblum a recess appointment to the EEOC spot, which would not have lasted for the full term for which she was approved in December. At the time of the recess appointment, though, the White House announced that Feldblum and other EEOC nominations would remain in the Senate for confirmation by the regular procedures so that they could serve for full terms.

The EEOC is the federal agency tasked with enforcing federal non-discrimination laws in employment. Feldblum is the first out commissioner of the EEOC and had, prior to taking the recess appointment, been a professor at Georgetown University Law Center.

Because of the Senate approval, Feldblum will serve as an EEOC commissioner until July 1, 2013, rather than the end of 2011 — which would have been when the recess appointment came to an end. In a statement, Human Rights Campaign president Joe Solmonese celebrated the Senate action.

“We commend the Senate for finally setting aside pointless partisanship and confirming this highly qualified candidate for a full term on the EEOC,” he said. “Chai Feldblum has spent decades working to protect those most ignored and maligned by our society. The civil rights of all Americans will be in good hands with Chai Feldblum’s continued service on the EEOC.”

Among Feldblum’s work has been assistance in the drafting of both the Employment Non-Discrimination Act and Americans With Disabilities Act — a move which earned her praise from Senate Health, Education, Labor and Pensions Committee Sen. Orrin Hatch (R-Utah), who had worked with Feldblum on the ADA.

Other EEOC nominees approved by the Senate in December were Jacqueline A. Berrien, chair of the EEOC; Victoria A. Lipnic, another commissioner; and P. David Lopez, general counsel. 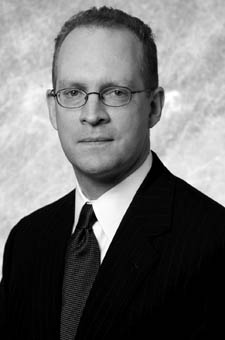 DuMont, who Metro Weekly reported earlier would be the first out gay federal appellate judge in the country, was the earliest nominated appellate nominee — Apr. 14, 2010 — not to have received a hearing from the Judiciary Committee. Two appellate nominees named after DuMont did receive hearings, though neither was approved by the full Senate for their judgeships.

Erica Chabot, the press secretary for the Democrats on the Judiciary Committee, said on Jan. 3 that a hearing had not been held on DuMont’s nomination because “[t]here was still some paperwork that was being reviewed by the committee.”

Asked to elaborate, she said, “I think that the Republicans were still reviewing some information. I am not aware of any hold-up on the Democratic side.”

Although the Democratic chairman, Sen. Patrick Leahy (D-Vt.), has unilateral authority to schedule hearings, Chabot said that the committee staffs work together generally to schedule them when both sides are prepared to move ahead.

The press secretary for the Republicans on the committee did not have a comment at this time.

[UPDATE @ 8:30 PM: White House spokesman Shin Inouye, meanwhile, did not directly answer whether DuMont would be renominated, but told Metro Weekly, “In order to re-nominate people who were not confirmed in the last Congress, White House staff and agency officials are working with the nominees to review and complete the necessary paperwork. We expect re-nominations to begin soon.”]