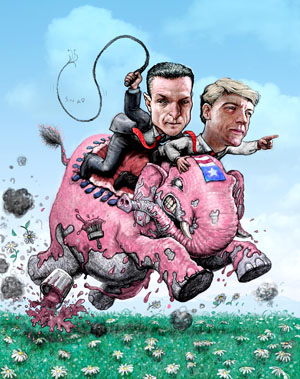 On Feb. 8, Metro Weekly spoke with Grover Norquist, the president of Americans for Tax Reform, in preparation for this week’s cover, “Guess Who’s Coming to CPAC?“

Catching a few minutes of his time in the week leading up to the annual conservative conference, Norquist spoke about CPAC and the role of gay conservatives – particularly GOProud – within the conservative movement of which he has been one of the leading voices for the past quarter century.

A member of the board of the American Conservative Union, which puts on CPAC, Norquist also joined the adisory council for GOProud and has defended their place at CPAC and in the conservative movement.

Because of Norquist’s place in the conservative movement, Metro Weekly is sharing our interview with him here at Poliglot.

METRO WEEKLY: So, generally, what are your thoughts about GOProud’s participation in CPAC and the impact of those who are boycotting because of GOProud’s presence?

GROVER NORQUIST: GOProud has a strong, conservative voice. They were a co-sponsor of CPAC last year and this year. There are some who objected, but the American Conservative Union and obviously the attendees at CPAC were strongly supportive of GOProud’s participation.

We had last year and this year, two of the most – we’re running 15 percent ahead on registrations over last year, and last year we hit 10,000, which was a historic high that I didn’t expect that we would reach again in a non-election year, but it looks as though it would be another historic high.

So, to the extent that anyone wanted to claim that the conservative movement was not open because they were running a boycott, that certainly is not suggested that it was very representative of the movement.

METRO WEEKLY: What we’re seeing this year is that more prominent conservatives are speaking out on these issues? 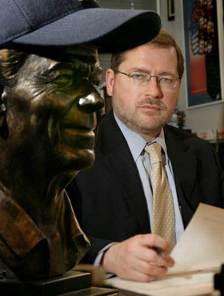 NORQUIST: Look, there are going to be disagreements on policy questions. There always are, but the party and the movement are open to all Americans who share the general Reagan worldview, and GOProud is one of those groups.

MW: What do you think they’re accomplishing?

NORQUIST: They have spoken on many issues, not just gay issues. They speak on taxes, they speak on regulations, they speak on foreign policy, and as such, as a result, I think conservatives and Republicans see gay Republicans as part of the broad coalition and not people who are focused on just one issue.

MW: What does this mean, though, moving forward? Do you see this as changing the way that the party is going to view gay equality?

NORQUIST: Right now, it’s a sign the modern Republican Party is open to all comers, and the modern conservative movement as well.

MW: Is that going to lead to any policy change?

NORQUIST: That is a long-term conversation, and you can’t pre-judge that.

The argument that people have said, “No, you can’t let someone in the room because everyone will change their minds.” Is exactly the conversation of the boycotters, OK?

Key issue is let’s make sure everyone is invited and welcome in the party, and then we’re going to have a nice, long conversation about lots of stuff. GOProud has a great deal of patience, and not everyone in the gay community has exhibited that patience.

And they’ve been team players, which is important.