J. Paul Oetken, the out gay New York attorney who was nominated by President Barack Obama for a federal judicial appointment in late January, told the Senate Judiciary Committee that his work for the National Lesbian and Gay Law Association writing an amicus curiae, or friend of the court, brief in the landmark Lawrence v. Texas case at the U.S. Supreme Court was one of the 10 “most significant litigated matters” that he personally handled in his nearly 20-year legal career. 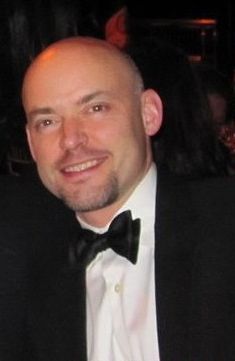 Oetken’s work has included time at “BigLaw” firms like Jenner & Block and Debevoise & Plimpton and time in government, working in both the Justice Department’s Office of Legal Counsel and the White House under President Clinton. His experience led the American Bar Association’s Standing Committee on the Federal Judiciary to rate Oetken “unanimously qualified” for the nomination.

On Wednesday afternoon, March 16, the Senate Judiciary Committee will hold a hearing on several judicial nominees, including Oetken’s nomination to serve as a trial court judge in the Southern District of New York. The hearing is scheduled for 2:30 p.m. in room 226 of the Dirksen Senate Office Building.

The question about Oetken’s most significant cases is one of several that every judicial nominee answers in a questionnaire submitted to the committee before hearings are held on the nominations. The committee asks about every aspect of nominees’ professional careers, from schooling to employers and from speeches to, as with Lawrence, cases.

A former law clerk for the late Supreme Court Justice Harry Blackmun, Oetken notes that he is a member of Lambda Legal, the ACLU’s LGBT Project and the American Constitution Society. It also details that the previously was a member of DOJ Pride and the Human Rights Campaign.

Oetken writes in his questionnaire that his work on the Lawrence amicus brief — which was co-authored by Chai Feldblum, who now serves on the Equal Employment Opportunity Commission — was done pro bono.He also notes that, in addition to the 2003 Supreme Court case, he had “worked on an amicus brief on behalf of the American Psychological Association” in a successful 1995 challenge to Tennessee’s sodomy law.

Another out gay nominee, Edward C. DuMont, originally was nominated for a position on the U.S. Court of Appeals for the Federal Circuit in April 2010. When the Senate did not act on the nomination in the 111th Congress, Obama renominated DuMont on Jan. 5, 2011, for the 112th Congress. DuMont was rated “unanimously well qualified” by the ABA panel, yet no hearing has been scheduled on his nomination.

[FULL DISCLOSURE: Geidner, while a law student at the Ohio State University’s Moritz College of Law, coordinated a panel, “From Hardwick to Lawrence: Sodomy Laws and GLBT Equality in the New Century,” on which Oetken was a panelist. The panel is referenced in Oetken’s questionnaire.]

An incensed homophobe in Oregon threatened to stone a Black gay city official after accusing him of "blasphemy" and "spreading AIDS."

Eric Osterberg, the assistant city manager of Klamath Falls, Ore., was accosted on Aug. 2 while preparing to give a presentation about racism and equity in the city.

Osterberg told attendees that, prior to the meeting, a man had sat next to him holding a rock in his hand. The man "proceeded to call me a sinner for being gay," he said.

The man allegedly then accused Osterberg of "spreading AIDS here in the community," as well as accusing him of blasphemy.