When Gertrude Stein Democratic Club President Jeffrey Richardson left the organization to serve as the director of the Mayor’s Office of GLBT Affairs, Lateefah Williams, vice president of legislative affairs at the Stein Club, stepped in to fill the club’s top spot. 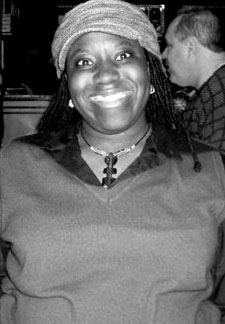 Serving as the interim president of the club, Williams says she hopes to be elected as president at the organization’s April 11 meeting.

Williams is a 34-year-old lesbian who lives in D.C. and works as a political and legislative director for the Amalgamated Transit Union Local 689.

Though Williams is the only person who has publicly declared interest in running for the position, people may be elected from the floor during Monday’s meeting.

Awards, which coincide with National LGBTQ Elders Day, will be broadcast live on YouTube at 1 p.m. on May 16.

The National Black Justice Coalition will host the 2nd Annual Wisdom Awards, which honor Black LGBTQ and same-gender-loving women and feminine elders and their contributions to America's literary and communication arts traditions.

The awards, which will be held virtually at 1 p.m. on Monday, May 16, will be broadcast on NBJC's YouTube channel, coincides with the celebration of National LGBTQ+ Elders Day.

Being honored this year are: Sheila Alexander-Reid, the former director of the D.C. Mayor's Office of LGBTQ Affairs and the founder and former executive director of the Women in the Life Association, a social justice organization dedicated to advancing the rights of lesbians and queer women of color; Ann Allen Shockley, the author of Loving Her, published in 1974, which was the first novel with a Black lesbian protagonist, and a librarian at Fisk University who led initiatives to encourage other libraries to include collections of works from African-American writers; and Cheryl Clarke, an American lesbian poet, essayist, educator, community activist, and co-owner of Blenheim Hill Books.