Home / News + Politics / Poliglot / In Virginia, a Governor’s Deadline and a Board Vote for Gay Couples Adoption Measure

In Virginia, a Governor’s Deadline and a Board Vote for Gay Couples Adoption Measure

On April 20-21, the Virginia State Board of Social Services will meet to consider “adopting new standards for licensed private child-placing agencies,” which would allow same-sex couples to adopt children in the state for the first time.

According to the Family Equality Council, this change could be helpful for Virginia children because of the state’s poor record in the area of adoption. According to the organization, “Virginia has the unique distinction of ranking first among the states in the percentage of youth who age out of foster care each year (32%).” 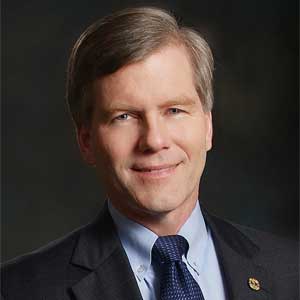 The regulations, which were supported by former Gov. Tim Kaine (D-Va.), now face tentative opposition from Gov. Bob McDonnell (R-Va.). Following the close of the public comment period for the regulations on April 1, which garnered more than 1,000 comments, McDonnell on April 5 said in a Washington Post report, “I know I had said during the campaign that I would essentially keep our adoption laws — which I think are good — the way they are now. I think the current regulations that are in place seem to be working well.

“I don’t think we ought to force Catholic Charities to make that part of their policy or other similar situated groups. Many of our adoption agencies are faith-based groups that ought to be able to establish what their own policies are,” McDonnell said, according to the Post account. “Current regulations that say you can’t discriminate on the basis of race, color or national origin I think are proper. I think previous efforts to expand that to a number of other classes are going to have very strict scrutiny to make sure that we don’t inhibit the very fine work some faith-based organizations are doing.”

McDonnell has until April 16 to offer his formal recommendation to the Board, which is a nine-member body of appointees who serve four-year terms. According to the Post, a majority of the Board is made up of Kaine appointees.

The governor’s approaching deadline and the upcoming Board meeting have led LGBT organizations to begin campaigns urging that the regulations be allowed to go into effect.

The Human Rights Campaign planned two news conferences for Wednesday, April 13, with Equality Virginia and Adoptions Together to ask Governor McDonnell and the State Board of Social Services to “put the best interest of Virginia’s children first by eliminating discrimination in the adoption process,” according to a news release about the Richmond and Alexandria events. Virginia’s sole out gay lawmaker, Del. Adam Ebbin (D-Arlington, Fairfax), who has spoken out on the floor of the House of Delegates in favor of the regulation change, is expected to attend.

Meanwhile, the Family Equality Council launched a web ad on April 12 that calls on supporters of the proposal to click and sign an online petition demanding that McDonnell and the Board enact the proposed regulations. On the website that contains the petition, the group states, “In 2009 there were 6700 kids in foster care in the state of Virginia. While 663 children from foster care were ultimately placed with adoptive families, by year’s end 1,612 kids available for adoption were still waiting for permanent families of their own.”