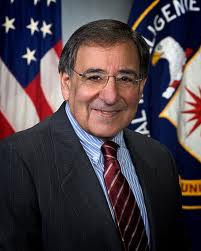 Gates has announced previously that he plans to leave office this year, but the official said that — on the condition that Panetta is confirmed — Gates would like to resign effective June 30. This timing draws into question the timeline for the repeal of the military’s “Don’t Ask, Don’t Tell” policy.

In a statement issued this morning, Servicemembers Legal Defense Network executive director Aubrey Sarvis said, “This expected nomination underscores the need for Secretary Gates and Admiral Mullen to move forward now on DADT repeal certification. Earlier this month, the Army, the largest of the services,  testified before Congress that it would be ready to certify by May 15 when more than 50 percent of the force is scheduled to be trained.”

He added, “We thank Secretary Gates for his remarkable leadership on repeal and hope the Secretary will finish the repeal job on his watch, and that all of the services will be ready in May.”

Servicemembers United executive director Alex Nicholson concurred, saying in a statement, “We continue to stress that it would be best for the armed forces if Secretary Gates would ensure that the task of certifying the repeal of ‘Don’t Ask, Don’t Tell’ is complete prior to his departure. This job began on Secretary Gates’ watch, and it is only right that the job be finished on his watch.”

Military training in preparation for DADT repeal is ongoing, according to the testimony of military officials before the House of Representatives earlier this year. Air Force chief of staff Gen. Norton Schwartz, for example, testified to the House Armed Services Committee on April 7 that Air Force training will not be completed until June 30.

On April 1, testifying before the House Armed Services Military Personnel Subcommittee, Undersecretary of Defense for Personnel and Readiness Clifford Stanley had laid out a plan that he suggested could end DADT by September – although he would not give a specific date.

Stanley said that he “anticipate[s] the training will be completed by this summer.” At that time, Pentagon officials detailed that about 9 percent — or 200,000 — of servicemembers had been trained. The director of the Joint Staff, Vice Adm. William Gortney later clarified, noting, “We anticipate about mid-summer … to get the recommendations from the service chiefs to the chairman.”

The certification required by the Don’t Ask, Don’t Tell Repeal Act by the secretary of defense, the chairman of the Joint Chiefs of Staff and the president will not happen until some point after that training, say Pentagon officials, although Joint Chiefs of Staff Vice Chairman Gen. James explained in January that it “does not require 100 percent” of the servicemembers to be trained.

As such, it is unclear whether the military or administration expects the certification required of the Defense secretary to come from Gates — although the testimony before the House Armed Services Committee, when paired with today’s statement about an intended June 30 resignation date, makes it appear unlikely.

Also unclear is whether and what additional time would be needed — even assuming the Pentagon otherwise is prepared for certification — for Panetta to be fully briefed so as to be comfortable signing the certification, which requires the secretary to certify that the changes needed to implement repeal are “consistent with the standards of military readiness, military effectiveness, unit cohesion, and recruiting and retention of the Armed Forces.”

Neither the White House nor the Pentagon responded immediately to request for comment on whether either entity expects certification to fall to Panetta, assuming his confirmation.