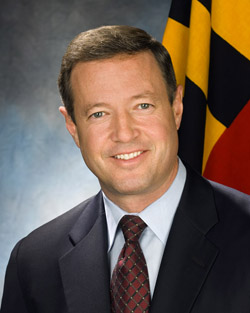 Maryland Gov. Martin O’Malley (D) issued a statement today, reacting to Monday’s indictment of Teonna Brown, 18, who was charged with first degree assault and a hate crime, for the physical attack on Chrissy Polis, a transgender woman, at the Rosedale, Md., McDonald’s on Monday, April 18. In the statement, he said:

“Even with Maryland’s ‘hate crimes’ law, it is clear that more must be done to protect the rights and dignity of transgendered people.  In the struggle for justice and equality for all, I’m committed to working with the Maryland General Assembly during the next legislative session to increase awareness and provide even greater protections for transgendered people.

“As some have noted, out of this awful beating has come a moment to foster a deeper understanding and respect for the dignity of all persons.  We should not allow the moment to pass without greater action.”

She is currently detained along with a female juvenile that has been charged in the Juvenile Court with the identical charges as the adult. According to the Baltimore County State’s Attorney’s Office, no other individuals will be charged “with crimes arising out of this incident.”

The April 18 incident was caught on video tape by a McDonald’s employee who was later fired. The attack left Polis battered and angered members of the LGBT community and beyond who gathered at the McDonald’s one week later for a vigil calling an end to violence