In a statement posted on Equality Maryland’s website, they write:

The boards are committed to embracing a new way of doing business in order to create a community supported organization.  By doing so, they will secure the necessary resources and leadership capacity to be an effective partner in bringing equality for LGBT people to Maryland in 2012 and beyond.

The plan also includes partnering with the newly-formed Gender Rights Maryland to “develop a shared legislative strategy for 2012.”

“We have two main priorities in the short term, which is the next month or so, which are building the board and fundraising,” he said. “To build the board, we’re developing a nominations committee that will essentially be identifying the needs that we have on our board, and the skill sets that we need on the board, and then recruiting people from around the state with different areas of expertise, different professions and different networks, to fill the board.

“The second major short-term priority is to fundraise. And to that end we’re working on putting together and agreement now with a fundraising consultant who will be working with us on basically building our funds in the short term and also establishing longer term an ongoing fundraising program.” 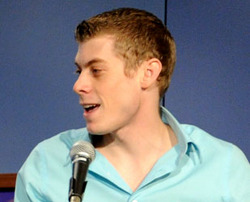 Equality Maryland is in the final stage of contract negotiations with Andy Szekeres, who is gay and founder of 3pg Consulting in Denver, Colo. Szekeres, who will be working from Denver, says his past work includes leading fundraising efforts for Maine’s marriage equality campaign, as well as work on Rep. Jared Polis (D-Colo.)’s finance team during his first election.

“I’m very confident that we should have a contract any day now and I’m going to be coming on board to assist with their fundraising effort,” Szekeres, 28, says, speaking to Metro Weekly today, June 27.

“I think Equality Maryland has definitely hit a rough patch,” Szekeres says of the organization’s current financial situation, “but clearly Maryland is the next state that could have marriage [equality] so I think it’s really about getting donors reactivated and back on board. I think we can fix the mistakes that have happened in the past and move on.”

According to Wojahn, Equality Maryland is now out of debt, though it will still be operating on a month-to-month basis.

“I’m happy to announce we are now debt-free and that we have we are going into the month of July with about $10,000 in the bank. We’ve been doing a lot of fundraising on our own during the past few weeks and we’ve worked with our national partners to put some of our restricted funds toward paying off existing debt.”

On Thursday, June 23, Equality Maryland announced that it will not be renewing contracts with the organization’s field director Damon Hainline, field organizer Karess Taylor-Hughes and the communications manager Linsey Pecikonis, beyond June 30. Remaining on staff through July, a month in which the organization will focus on fundraising, will be one field organizer Owen Smith, office manager Kim Miller, and interim executive director Lynne Bowman.