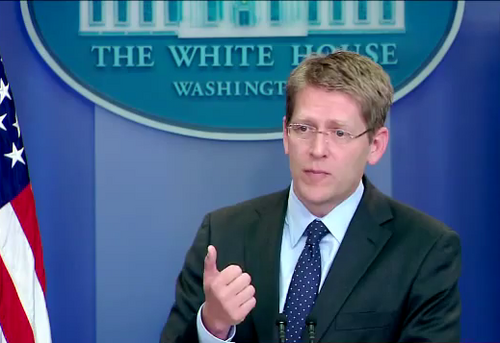 Days after the New York legislature passed and Gov. Andrew Cuomo (D) signed a bill to allow same-sex marriages, signs were clear that the fallout was going to be widespread — from awkward exchanges in the White House press briefing room about the president’s position on marriage equality to other states to the political debate more broadly.

In New Jersey, a lawsuit will be filed there aimed at ending marriage restrictions. As The New York Times noted in an editorial: “On Wednesday, a civil rights group, Lambda Legal, plans to file a lawsuit in New Jersey Superior Court with the goal of showing that civil unions fail to meet the mandate of equal legal rights and financial benefits for same-sex couples set by the State Supreme Court in a 2006 ruling.”

In Maine, meanwhile, advocates appear poised to announce on Thursday, June 30, that they are, at least, considering taking marriage equality back to the voters in 2012. From WMTV: “The passage of a law legalizing same-sex marriage in New York last week has many advocates in Maine considering bringing the issue back before voters.” In an email sent to supporters, EqualityMaine executive director Betsy Smith wrote: “This important victory in New York generates wind in the sails of the national movement to win marriage, and more specifically, of our efforts here in Maine. … To that end, stay tuned later this week for an important announcement about winning marriage in Maine.”

Even in conservative corners, the New York vote has seen its impact. Former George W. Bush speechwriter David Frum wrote on Monday, that — despite his past strong opposition to same-sex marriage — “I find myself strangely untroubled by New York state’s vote to authorize same-sex marriage — a vote that probably signals that most of ‘blue’ states will follow within the next 10 years.” He went on to write, “I don’t think I’m alone in my reaction either. Most conservatives have reacted with calm — if not outright approval — to New York’s dramatic decision. Why? The short answer is that the case against same-sex marriage has been tested against reality. The case has not passed its test.”

Within the current administration, however, the situation was more equivocal — despite New York being omnipresent on Monday. Five writers with LGBT outlets or known for their LGBT writing attended the June 27 White House press briefing — writers with The Advocate, Metro Weekly and Washington Blade, as well as former Advocate reporter Kerry Eleveld (now with Media Matters) and Detroit News writer Deb Price. Despite none of them being called on by White House press secretary Jay Carney, two different reporters asked questions about marriage (briefing video), The Wall Street Journal‘s Laura Meckler and Bill Press from The Bill Press Show.

Meckler asked, “[L]ast week the President spoke about gay marriage when he was in New York and he said that — talked about how this has been the province of the state and that’s the — referring to what was happening in the debate in New York, he said that’s the power of democracy at work.  Does that mean that he also respects the outcome of democracy at work in California where voters rejected the idea of gay marriage?”

The response and follow-up questions left unclear both the answer to Meckler’s question and the president’s personal view about where he stands on his marriage evolution:

MR. CARNEY:  Well, I think as you saw in the decision we announced that we would no longer — this administration would no longer be participants defending the Defense of Marriage Act because we do not believe it’s constitutional, that it’s precisely because of his belief that this was a matter that needs to be decided by the states.  So without commenting on a particular other state, I think he was making that clear with regard to the action in New York.

MR. CARNEY:  But I’m not going to put words in his mouth applying to another state.  I mean, you can analyze that, but — because I haven’t heard him say that.  But obviously the DOMA decision — what he said in New York was about his belief, our belief, that this is a matter that states should decide.

Q    And the central argument in the challenge to Proposition 8 by supporters of same-sex marriage rights is that this isn’t something that should be decided state by states, in fact, that there are federal rights involved.  So would he reject —

MR. CARNEY:  Well, the President very strongly supports equal rights and he’s — we’ve been — he’s made that clear as well, and he said it again in New York at the event that you’re discussing.  So I’m not going to —

Q    So, but the proper reading of what he said — it sounds like what you’re saying but I want to be clear — is that, yes, this is up for the states and if New York decides that they want to allow same-sex marriage, great; if California decides that they don’t want to, then that’s their decision as well.

MR. CARNEY:  Well, again, I can’t improve upon the words that the President delivered publicly whatever night it was — Thursday night.  So I’m not disagreeing with that interpretation, but he has said quite clearly, as he did in the DOMA decision and as he did on Thursday night, that he believes that it’s for the states to decide.

Although Carney likely would have been happy to have no further marriage questions, Press asked, “Jay, I want to come back to the same-sex marriage issue, if I can.  If the right to — if the opportunity to enjoy the same rights, same-sex couples or straight couples or whatever, is a basic civil right, how can you square that with saying we leave it up to the states?”

Carney was even less responsive to Press’s question, or follow-up:

MR. CARNEY:  Well, look, I’m not going to — the President has made his position clear.  It’s not very useful for us to have this debate.  I think the President spoke about this on Thursday.  He spoke about it — sorry, he’s spoken about this a number of times in the past.  So you could take it to other places but I think I’ll leave it to what he said.

Q    Let me ask this, then.  But with New York being the largest state so far to recognize same-sex marriage, are you concerned that the President may have missed his opportunity to lead on this issue?

MR. CARNEY:  Again, the President’s record on issues involving and of concern to the LGBT community is exemplary and we are very proud of it.  He continues to fight on behalf of that community for the rights — for equal rights.  And his position on New York, he himself, rather than his press secretary, spoke at length about just a few nights ago.  So I’ll leave it at that.

That was not the only New York discussion had by an administration official on Monday. Contrasted with Carney, Secretary of State Hillary Clinton appeared to go out of her way to raise New York at an event co-hosted by the Department of State and Gays and Lesbians in Foreign Affairs Agencies (GLIFAA) in celebration of LGBT Pride Month. In discussing international struggles, Clinton took a sidestep into domestic politics:

[W]hat we have long thought is becoming the case, and that is if we can convince people to speak out about their own personal experiences, particularly within their own families, it does begin to change the dialogue.

If you followed closely, which I’m sure all of you did, the debate in New York, one of the key votes that was switched at the end was a Republican senator from the Buffalo area who became convinced that it was just not any longer fair for him to see one group of his constituents as different from another.  Senators stood up and talked about nieces and nephews and grandchildren and others who are very dear to them, and they don’t want them being objectified or discriminated against.  And from their own personal connections and relationships, they began to make the larger connection with somebody else’s niece or nephew of grandchild and what that family must feel like.

So we have to continue to stand up for the rights and the well-being of LGBT people, and sometimes it’s hard when you’re in the middle of a long campaign to see where you’re getting.  But I’ve always believed that we would make progress because we were on the right side of equality and justice.

Although Clinton did not explicitly endorse same-sex marriage, the comments did suggest that she views the New York decision to allow same-sex marriages as “progress … on the right side of equality and justice.”

And, that was Monday.