Same-Sex Marriage and the Supreme Court — by Way of SCOTUSblog

Over at SCOTUSblog — an indespensible resource for those who follow the work of the U.S. Supreme Court — Kali Borkoski today announced an online symposium — a collection of articles — on the issue of same-sex marriage and the high court. The series of posts are to focus on California’s Proposition 8 and the Defense of Marriage Act and will continue for the next two weeks. They are to feature a wide array of some of the leading voices in favor of and against same-sex marriage litigation and marriage equality more broadly, from famed law professors Erwin Chemerinsky and Laurence Tribe to the National Organization for Marriage’s Maggie Gallagher.

With an opening entry from Yale Law School professor William Eskridge, the series is off to a quick start.

As for the first option, Eskridge — a renowned scholar on LGBT issues and the author of The Case for Same-Sex Marriage back in 1996 — writes:

The Court may deny review of any Ninth Circuit opinion in Perry, and it would be wise to exercise that discretion if the Ninth Circuit issues a narrow ruling.  There are many state court decisions adjudicating the state constitutionality of the marriage exclusion; it is high time the federal courts debated the issue openly, and that federal court debate ought not be foreshortened by the Supreme Court. 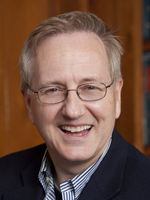 As to the second, he writes:

[I]f the Supreme Court were to take Perry, it would be wise to limit the Court’s grant of review to a procedural issue, such as the constitutional standing of Proposition 8 supporters to appeal Judge [Vaughn] Walker’s [trial-court] judgment, without the participation of the state and local officials who were the named defendants in the case.

Finally, as to the third, he writes:

There is a narrow alternative to the broad fundamental right to marry sought by the plaintiffs in Perry, and to Judge Walker’s more prudent view that the voters’ revocation of marriage equality violated the rational basis test.  A narrower ruling on the merits would rest upon Romer v. Evans (1996), where the Court invalidated Colorado’s Amendment 2, an anti-gay state constitutional initiative, because it violated core equal protection precepts. …

Proposition 8 fits the facts of Romer snugly.  No state but California has recognized lesbian and gay couples’ right to civil marriage as “fundamental,” and then revoked that fundamental right through a popular initiative.

Kudos to SCOTUSblog for pulling this together.