To follow up on Metro Weekly‘s report, “Defending DOMA, Fighting Back,” about the Department of Justice filing on Friday, Sept. 2, in a challenge to the Defense of Marriage Act in an immigration context, and for the benefit of those attorneys and others following these issues, here are the two key paragraphs from the DOJ filing, which was made on behalf of behalf of Attorney General Eric Holder, Department of Homeland Security Secretary Janet Napolitano, U.S. Citizenship and Immigration Services Director Alejandro Mayorkas and the Los Angeles district director of USCIS. 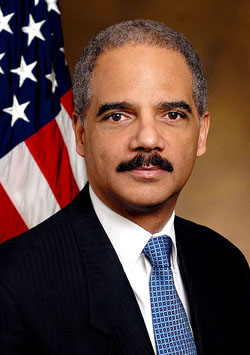 Of course, please do read the article first.

First, as to whether the plenary power doctrine should preclude the DOMA-based challenge from being subjected to heightened scrutiny, the DOJ attorneys — in a brief signed by Jesi Carlson, a trial attorney in the DOJ Civil Division’s Office of Immigration Litigation — write:

The immigration aspect of this case does not alter this conclusion [that heightened scrutiny should apply]. Under Supreme Court precedent, particularly Fiallo v. Bell, 430 U.S. 787 (1977), courts generally review equal protection challenges arising in the immigration context under a deferential rational basis standard, even when they involve classifications that otherwise would trigger heightened scrutiny. See, e.g., Fiallo, 430 U.S. at 794 (applying rational basis review in rejecting equal protection challenge to INA provisions alleged to discriminate on the basis of gender and illegitimacy); Barthelemy v. Ashcroft, 329 F.3d 1062, 1065–66 (9th Cir. 2003) (citing Fiallo and holding that rational basis standard governed equal protection challenge to INA nationality provision which classified based on legitimacy). As the Supreme Court stated in Fiallo, the principle of deference to Congress’s “broad power over immigration and naturalization,” 430 U.S. at 792, “‘has become about as firmly embedded in the legislative and judicial tissues of our body politic as any aspect of our government,’” id. at 792 n.4 (quoting Galvan v. Press, 347 U.S. 522, 531 (1954)). The courts’ deference results from the broad plenary power the Constitution grants to Congress to regulate immigration, the complex nature of immigration law and policy, and the interplay between immigration law and foreign policy, which is the traditional preserve of the political branches. See Galvan, 347 U.S. at 530 (“The power of Congress over the admission of aliens and their right to remain is necessarily very broad, touching as it does basic aspects of national sovereignty, more particularly our foreign relations and the national security.”).

Unlike the immigration and nationality statutes that gave rise to prior equal protection challenges, see, e.g., Fiallo, 430 U.S. at 794–95 (involving a challenge to INA provisions), neither DOMA nor its legislative history suggests that DOMA was enacted as an exercise of Congress’s plenary power to regulate immigration and naturalization. And unlike other statutes that include explicit references to the immigration and nationality laws or otherwise regulate aliens in the United States, see, e.g., Mathews v. Diaz, 426 U.S. 67, 78–83 (1976) (applying deferential standard of review to Medicare provisions governing eligibility of aliens); Aleman v. Glickman, 217 F.3d 1191, 1197–99 (9th Cir. 2000) (relying on Mathews and applying deferential standard to classifications drawn among classes of aliens in Personal Responsibility and Work Opportunity Reconciliation Act of 1996 with respect to eligibility for public benefits), DOMA contains no such provisions and the legislative record of DOMA is devoid of any immigration-specific rationale. Nor have the responsible federal agencies identified an immigration specific purpose or need for DOMA. Accordingly, the traditional deference to the judgments of the political branches regarding immigration matters does not support applying deferential review to DOMA Section 3 as applied in the immigration context or sustaining its application on that basis.

Then, as to the Bipartisan Legal Advisory Group’s reliance on Adams v. Howerton, the DOJ attorneys write:

Throughout their brief, BLAG relies on Adams v. Howerton, 673 F.2d 1036 (9th Cir. 1982), where a same-sex couple of a citizen and an alien claimed that they were married under Colorado law and that this marriage entitled the alien spouse to immigration benefits under the INA. Id. at 1038. Adams first set forth the operative two-part test applied by agencies when determining whether a marriage is valid under the INA: (1) is the marriage valid under state law? (2) does the state-approved marriage qualify under the INA? Id. The Ninth Circuit Court of Appeals assumed that plaintiffs were parties to a valid same-sex marriage under state law, but that, under part two, a same-sex marriage does not qualify as a marriage under the INA. Id. at 1039–41. The Court went on to apply rational basis review and uphold the constitutionality of this interpretation against plaintiffs’ equal protection challenge. Id. at 1041–43.

The Board relied on DOMA, and not Adams or the Adams courts’ interpretation of the INA, in affirming USCIS’s denial of Roberts’ I-130 visa petition filed on behalf of Lui. Compl. ¶ 30. The proper interpretation of the term “spouse” in the INA, absent DOMA, is therefore not before this Court for the limited purpose of deciding BLAG’s Motion to Dismiss certain paragraphs of the Complaint.

The reasons the Ninth Circuit Court of Appeals affirmed the denial of immigration benefits in Adams are no longer valid today. Decided nearly thirty years ago, Adams’ interpretation of the INA relied heavily on 8 U.S.C. § 1184(a)(4), an INA provision which rendered homosexual aliens inadmissible and was repealed in 1990. Id. at 1040–41. In upholding the constitutionality of this interpretation of the INA, Adams referred to antiquated rationales for excluding same-sex couples from immigration benefits, such as a same-sex couple’s inability to produce offspring, the fact that same-sex marriages were not recognized by the states, and the notion that same-sex marriages violated “traditional and often prevailing societal mores.” Id. at 1040–43. Moreover, intervening events and changing legal and social understandings undercut Adams’ interpretation of the INA as well as its determination of the constitutionality of its interpretation.

Thus, even if Adams’ interpretation of the INA were before this Court, this Court is not bound by Adams, and should disregard it.