The director of an HIV/AIDS nonprofit – now being sued by D.C.’s attorney general for allegedly diverting more than $300,000 in city funds intended for an HIV/AIDS facility to a business running as a nude-dancing establishment ­– called two openly gay City Council members who criticized him ”faggots” and accused them of pursuing a racist agenda, as reported by The Washington Times.

Cornell Jones, director of the nonprofit Miracle Hands Inc., took to the microphone Sept. 3 during his Saturday radio show, Keeping up with the Joneses on WOL-AM 1450, to slam Councilmen David Catania (I-At Large) and Jim Graham (D-Ward 1) for requesting that the attorney general’s office conduct a probe of Miracle Hands’ financial dealings and for criticizing Jones after the results of the probe were revealed. 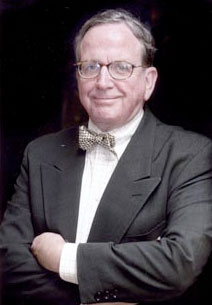 Specifically, Jones called Catania and Graham, ”a couple of gay guys who sometimes get to acting like little faggots.” Jones also claimed that racial bias is playing a role in the Miracle Hands investigation.

”That kind of hateful speech has no place in public discourse,” Catania spokesman Brendan Williams-Kief said Wednesday, Sept. 7, in response to Jones’s on-air comments. ”It’s particularly harmful and abhorrent when it comes from a director of a nonprofit receiving public funds.”

According to the terms of the grant, Miracle Hands was supposed to convert the warehouse at 2127 Queens Chapel Road into a job-training facility for people with HIV/AIDS. However, the warehouse was sold for $2.7 million to RF Holdings LLC, in March 2010, and opened later that year as the Stadium Club, a ”Five Star Dining and Premier Gentleman’s Club Experience.”

Valerie Scott, a spokeswoman for the attorney general’s office, said Sept. 7 that the office was waiting for the defendants – Miracle Hands and Jones – to file responses so they would be able to decide how to move forward with the lawsuit.

According to the Times report, in the course of his radio show Jones also accused HIV/AIDS health care organization Whitman-Walker Health, whose main office is located in the city’s Logan Circle neighborhood, of mismanaging larger sums of money than Miracle Hands, without any investigation. Jones, who is black, said the attorney general’s suit against him was motivated by racial bias on the part of white City Council members. Catania and Graham are both white, and Graham served as the executive director of Whitman-Walker Health from 1984 to 1999, then Whitman-Walker Clinic.

”We want to assure our entire community that Whitman-Walker Health complies with all federal and District funding requirements,” Chalfant said. ”In fact, we received a clean bill of health in our most recent audit for 2010 which can be found on our website.”

Graham refused to comment on Jones’s statements, but said he thought Jones was trying to put up a ”smokescreen” to deflect criticism and distract from the larger issue – the mismanagement of public funds.

”The real issue is: Did he seriously misuse public funds? And did he commit wrongdoing, possibly a crime?” Graham said Sept. 7. ”He basically took this money and used it to turn his property into a strip club.”

As to Jones’s other accusations, Graham said he did not recall any preferential treatment for Whitman-Walker, especially in recent years, but said that would fall under the oversight of the Council’s Committee on Health, which Catania chairs.

Williams-Kief said oversight of the District’s HIV/AIDS Administration, which partners with community organizations to provide medical support, counseling and care services for people with HIV/AIDS, had previously been provided by the Council’s Committee on Health and Human Services, which, due to its size and the scope of its programs, was difficult to manage. That committee was previously chaired by former Ward 8 Councilwoman Sandy Allen, defeated by Councilmember Marion Barry (D-Ward 8) in 2004.

In January 2005, the committee split in half, with Catania becoming chairman of the new health committee. Williams-Kief said that, under Catania, the health committee held a series of oversight hearings regarding the disbursement of money to nonprofits working with people with HIV/AIDS. The committee also held oversight hearings regarding the management and operations of Whitman-Walker and proposed several changes to address problems. Those problems were limited to internal matters and did not involve taxpayer money being lost or mismanaged.

”This is just a gross example of misappropriation and malfeasance” should the charges be found true, said Williams-Kief of the situation involving Jones and Miracle Hands.

Metro Weekly was unable to reach Jones or any other employee of Miracle Hands for comment.