The U.S. Court of Appeals for the Ninth Circuit today dismissed the Log Cabin Republicans v. United States appeal as moot, following the end of the “Don’t Ask, Don’t Tell” law on Sept. 20. Further, the appeals court vacated the historic trial court decision striking down DADT as unconstitutional, holding, “Those now-void legal rulings and factual findings have no precedential, preclusive, or binding effect.”

LCR’s lead attorney, White & Case partner Dan Woods, said the group would not be giving up its fight, saying in a statement issued by LCR, “This is an important issue for all Americans and we anticipate seeking re-hearing before the full Ninth Circuit.” 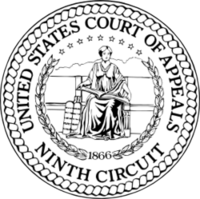 This suit became moot when the repeal of section 654 took effect on September 20. If Log Cabin filed suit today seeking a declaration that section 654 is unconstitutional or an injunction against its application (or both), there would be no Article III controversy because there is no section 654. The repeal, in short, gave Log Cabin “everything” its complaint “hoped to achieve.” There is no longer “a present, live controversy of the kind that must exist” for us to reach the merits.

Log Cabin concedes that “the injunctive relief awarded by the district court [has] become moot” due to the repeal, but contends that its quest for declaratory relief is live under either of two exceptions to mootness.

We are not persuaded.

We therefore vacate the judgment of the district court. … Because Log Cabin has stated its intention to use the district court’s judgment collaterally, we will be clear: It may not. Nor may its members or anyone else. We vacate the district court’s judgment, injunction, opinions, orders, and factual findings—indeed, all of its past rulings—to clear the path completely for any future litigation. Those now-void legal rulings and factual findings have no precedential, preclusive, or binding effect. The repeal of Don’t Ask, Don’t Tell provides Log Cabin with all it sought and may have had standing to obtain.

The Ninth Circuit panel — made up of circuit judges Arthur L. Alarcon, Diarmuid F. O’Scannlain, and Barry G. Silverman — issued the decision per curiam, meaning the decision was issued for the court and not in the name of any particular judge.

Once the court decided to dismiss the case because of the repeal of 10 U.S.C. 654 — the DADT statute — the decision did not address the underlying issue at trial of the constitutionality of DADT.

In the LCR statement, R. Clarke Cooper, the group’s executive director, said, “The ruling in Log Cabin Republicans v. United States is the reason why Congress finally acted to end this failed and unconstitutional policy. This decision by the Ninth Circuit denies more than 14,000 discharged gay and lesbian servicemembers an important means of obtaining justice for the wrong perpetuated against them under the ban, and leaves open the possibility of future violations of servicemembers’ rights.

Judge O’Scannlain, however, wrote a separate opinion concurring, or agreeing, with the court’s decision to dismiss the case but also detailing his view on the merits of this case — and the application of the Supreme Court’s decision in  Lawrence v. Texas to any case — writing, “I think it useful to explain how courts should approach the application of Lawrence in appropriate cases.”

Lawrence was the 2003 U.S. Supreme Court decision that held that sodomy laws were unconstitutional because they violated what is called “substantive due process.”

O’Scannlain lays out the traditional conservative argument, advanced in several recent U.S. Supreme Court cases, for a limited scope of substantive due process protections under the Constitution, writing, “[W]hen a right is not rooted in our constitutional text, traditions, or history, our authority as judges is at its end. We must then leave the task of identifying and protecting new rights where the Constitution leaves it—with the political branches and the people.”

Citing court decisions about DADT’s constitutionality contrary to that reached by Phillips, O’Scannlain writes that they “belie any claim that the right asserted by Log Cabin is deeply rooted in our history or traditions. Indeed, ‘the alleged right certainly cannot be considered so rooted in the traditions and conscience of our people as to be ranked as fundamental’ when no court had held (until the district court did here) that there is such a fundamental constitutional right.”

In his description of Lawrence, which echoes Justice Antonin Scalia’s initial dissent in the 2003 case, O’Scannlain writes:

The case did not address the military context, did not establish a right to continued employment for those engaged in proscribed conduct, and did not address how homosexual conduct might be addressed outside a criminal context. The opinion does not prescribe heightened scrutiny. These limitations make clear that Lawrence does not establish that a member of the armed forces has a constitutionally protected right to engage in homosexual acts or to state that he or she is a homosexual while continuing to serve in the military.

He goes on to state that “Lawrence did not establish any fundamental right—let alone any right relevant to the Don’t Ask, Don’t Tell policy in the military.” Because of that, he writes, rational basis — the lowest level of scrutiny courts use when examining the constitutionality of laws — should have applied in the LCR challenge to DADT. Accordingly, he writes, “If we had been able to reach the merits in this case, I would have been obliged to vote to reverse [the trial court decision striking down DADT]”.