On Thursday, Sept. 1, a three-judge panel of the U.S. Court of Appeals for the Ninth Circuit heard the appeal in Log Cabin Republicans v. United States. [See Metro Weekly‘s LCR v. US Argument FAQ.] Although the merits of the arguments challenging the constitutionality of “Don’t Ask, Don’t Tell” were considered by the judges, the majority of the more than 40 minutes of arguments focused on what should happen to the case after the Don’t Ask, Don’t Tell Repeal Act takes effect on Sept. 20. 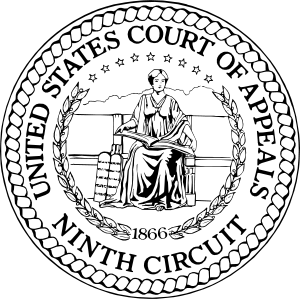 Henry Whitaker, an attorney with the Department of Justice, defended the government’s position that the case brought by LCR should be dismissed and that the 2010 decision striking down the law as unconstitutional by U.S. District Court Judge Virginia Phillips should be vacated — or, as Judge Barry Silverman said, the opinion would “be a nullity.”

To which Whitaker replied, “And that’s exactly what should happen when a case becomes moot on appeal.”

Dan Woods, the attorney for Log Cabin Republicans and a partner at White & Case, laid out the two reasons why LCR argues that the case is not moot and the trial court decision should not be vacated.

“If this case does not go forward on the merits and if you do not affirm it on the merits,” he told Judges Arthur Alarcon, Diarmuid O’Scannlain and Silverman, “the government will be completely unconstrained in its ability to again ban gay service in the military.”

Also, he said, “There are collateral consequences that continue as a result of ‘Don’t Ask, Don’t Tell’ even after repeal.”

Silverman, a Clinton appointee, was the most aggressive questioner, raising the Ninth Circuit’s reputation for judicial activism and asking Woods, “You filed a lawsuit to have a law declared unconstitutional. In the meantime, 19 days from now, it’s going to be off the books. Why shouldn’t we let nature take its course?”

Woods explained that it was not judicial activism to uphold the constitutional rights at issue in the case, and pointed to an earlier Ninth Circuit decision addressing how courts should handle the question of what should happen to a case when a law at issue is repealed during the case’s consideration.

Whitaker, however, in his rebuttal argument pointed to a 2006 case in which the Ninth Circuit explained — albeit referring to state law — “A statutory change . . . is usually enough to render a case moot, even if the legislature possesses the power to reenact the statute after the lawsuit is dismissed. … The exceptions to this general line of holdings are rare and typically involve situations where it is virtually certain that the repealed law will be reenacted.“

As to the merits, in addition to arguing that LCR’s Fifth Amendment due process claim and First Amendment claims — the grounds on which Phillips struck down DADT in her 2010 ruling — should be upheld on appeal, Woods also told the panel that LCR hoped to see the Ninth Circuit consider its equal protection argument.

Phillips had rejected the equal protection argument at the trial court level based in large part on a previous Ninth Ciruit decision [pdf] involving U.S. Air Force Major Margaret Witt’s challenge to DADT. There, the court held that the standard of review to be applied to sexual orientation classifications is higher than rational basis — the lowest standard of review — but it did not establish that intermediate or strict scrutiny should apply, leaving questions about the application of the decision in other contexts.

As to the question of whether the government continues to argue that DADT is constitutional on equal protection, due process and First Amendment grounds, Whitaker responded to a direct question about whether the administration has waived — or stopped arguing — any of the merits arguments of the case by saying no, in a way.

“We have not waived any of our merits arguments in this case,” he told the judges. “We have continued to defend the constitutionality of the statute. And, again, it is very well established that the court applies the law as it now exists. And we have defended the constitutionality of the statute, as it is today. Whatever current law is, your honors, we have defended it.”

As such, it is not precisely clear whether DOJ maintains that 10 U.S.C. 654 — the DADT statute — is itself constitutional, since DOJ argues that the DADT Repeal Act so altered the legal landscape that the “current law,” as Whitaker put it, is a totally different case.