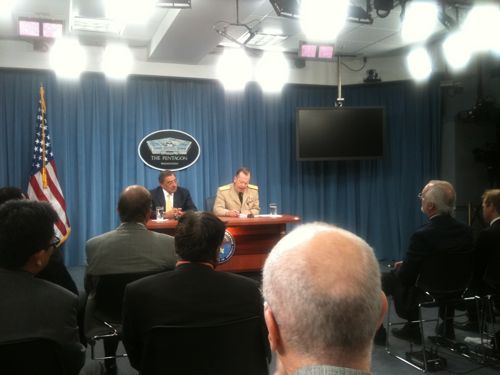 [Photo, above: Adm. Mike Mullen, the chairman of the Joint Chiefs of Staff, talks about the repeal of “Don’t Ask, Don’t Tell” at a news conference held by Defense Secretary Leon Panetta and Mullen at the Pentagon on Sept. 20, 2011. (Photo by Chris Geidner.)]

As federal folks, from the House to the Senate and from the Pentagon to the White House, rung in the repeal of “Don’t Ask, Don’t Tell,” Metro Weekly captured several of those moments. 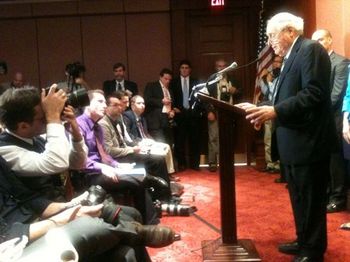 Levin said of repeal, “Today’s repeal of ‘Don’t Ask, Don’t Tell marks the end of a discriminatory policy and the beginning of a new era where gay and lesbian servicemembers can serve their country openly without living in constant fear of being outed and kicked out of the military,” he said. “Their service will be judged based on their duty performance, not on their sexual orientation.”

Then, at the Pentagon, Defense Secretary Leon Panetta and Joint Chiefs of Staff Chairman Adm. Mike Mullen held their own news conference, where portions of each man’s opening statement and several of the reporters’ questions related to DADT repeal.

In his opening, Panetta paid credit to the work completed before he took the help of the Defense Department earlier this year, saying, “I … want to thank the Comprehensive Review Working Group for the work they did on the report that laid the groundwork for the change in this policy, and above all, I’d like to single out the person who’s next to me at this table, Admiral Mike Mullen.

“His courageous testimony and leadership on this issue, I think, were major factors in bringing us to this day. And he deserves a great deal of credit for what has occurred.” 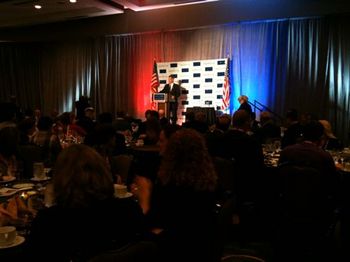 As the evening began, the Log Cabin Republicans held its 2011 Spirit of Lincoln Awards Dinner — where they recognized Sens. Susan Collins (R-Maine) and Scott Brown (R-Mass.) for their roles in helping to bring about repeal. R. Clarke Cooper, the executive director of LCR, spoke with Metro Weekly before the dinner began and moments after LCR announced that it had endorsed Brown’s 2012 re-election.

“We’ve been working with him, obviously, we worked with him on [‘Don’t Ask, Don’t Tell’] repeal, Cooper said. “And we’re looking forward to working with him in the future on other measures … so he’s somebody we’re investing in. It’s somebody on the right side of the issues in the Republican Party. We need more Republicans like Scott Brown and like Susan Collins supporting us.”

At the other end of Pennsylvania Avenue, Servicemembers Legal Defense Network held a DADT repeal celebration at K Street Lounge, where plenty of current and former servicemembers gathered but where House Minority Leader Nancy Pelosi (D-Calif.) stopped by to talk with attendees and to take advantage of the makeshift TV studio off to one side to talk with Rachel Maddow, who was in New York, about repeal.

Sens. Levin, Udall and Coons had stopped by earlier, as had Rep. Tammy Baldwin (D-Wisc.) and Office of Personnel Management director John Berry, the highest ranking out gay official in the Obama administration. Later in the evening, Rep. Steny Hoyer (D-Md.), the House Democratic whip, also visited the SLDN event. 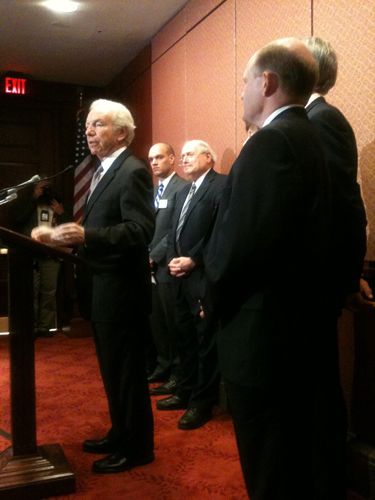 Click to the jump for more photos of Sept. 20, 2011 — including the scene when Pelosi was talking to Maddow and the SLDN crowd was loving it. 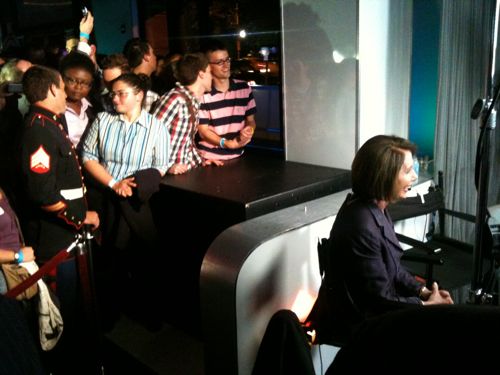 [Photo, above: House Minority Leader Nancy Pelosi (D-Calif.) talks with Rachel Maddow, who was in New York, from a makeshift studio at the Servicemembers Legal Defense Network party celebrating the end of “Don’t Ask, Don’t Tell.” (Photo by Chris Geidner.)]

[Photo, below: Sen. Susan Collins (R-Maine) reading from a postcard from an active servicemember thanking her for supporting “Don’t Ask, Don’t Tell” repeal at a news conference held on Capitol Hill on Sept. 20, 2011. (Photo by Chris Geidner.)] 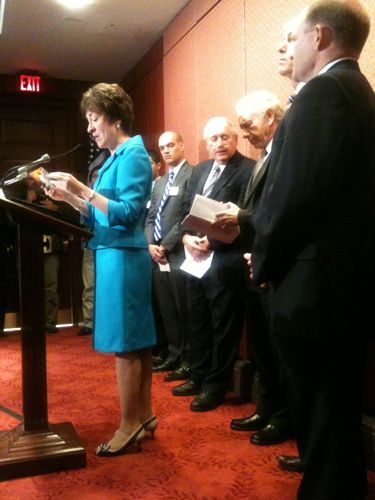 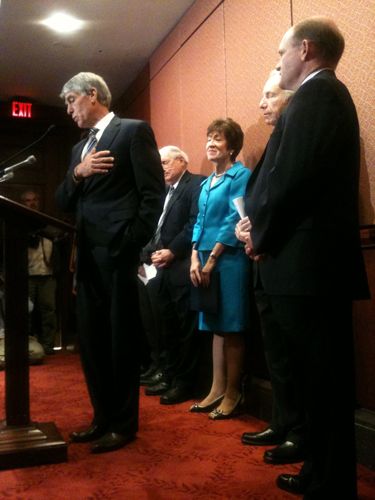 Announcement coincides with the 10-year anniversary of the official repeal of the 1990s-era ban on LGBTQ service members.

As it marks the tenth anniversary of the repeal of the now-defunct "Don't Ask, Don't Tell" policy that barred LGBTQ individuals from serving openly in the U.S. military, the Biden administration has announced that discharged veterans may soon be able to receive full benefits from the U.S. Department of Veterans Affairs.

"Today, we are also taking steps to clarify VA policy for Veterans who were given other than honorable discharges based on homosexual conduct, gender identity or HIV status," Kayla Williams, an assistant secretary for public affairs in VA's Office of Public and Intergovernmental Affairs, wrote in a blog post published Monday on the VA website. "Under this newly-issued guidance, VA adjudicators shall find that all discharged service members whose separation was due to sexual orientation, gender identity or HIV status are considered 'Veterans' who may be eligible for VA benefits."