By Troy Petenbrink on September 28, 2011 @thegaytraveler 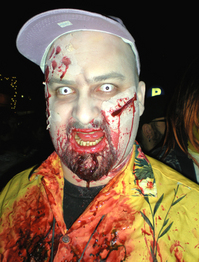 Ghosts, goblins and gays are synonymous with Halloween. And if you’re looking for a spooktacular LGBT-friendly destination to spend the holiday, here are Elsewhere’s picks: