Equality Maryland, the state’s primary LGBT-advocacy organization, announced Nov. 10 it has hired attorney and longtime activist Carrie Evans as executive director. The news comes as activists prepare for a 2012 fight for marriage equality in the Maryland General Assembly.

Evans previously served as Equality Maryland’s director of policy and planning, from 2007 to 2009. She has most recently served as a policy analyst for Baltimore’s Housing Department and as an adjunct professor for the Gender and Women’s Studies program at the University of Maryland, Baltimore County. 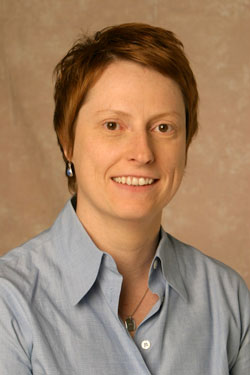 Evans also brings experience working within national LGBT-rights organizations, having served as the state legislative director for the Human Rights Campaign and the National Gay and Lesbian Task Force.

”Carrie brings a lot to the table,” says Patrick Wojahn, board chair of the Equality Maryland Foundation. ”She’s got experience with Maryland and national LGBT politics, and relationships with many of our allies in the state of Maryland.

”She talks sincerely and compellingly about LGBT issues, and she’s got the skills to be able to bring it home for us next year.”

Evans follows Lynne Bowman, of Ohio, who served as interim executive director, ushering the organization through a difficult transition in spring, which included layoffs and the possibility of a shutdown. In late June, the organization announced a six-month strategic plan to put it on firmer footing, as well as reporting that the organization was debt-free.

”Hopefully, we’re looking forward to passing the marriage bill and then defending it at the ballot box,” she says, referring to the possibility that opponents could use the Internet to collect enough signatures to force the measure to go before voters during the 2012 election.

”Ballot issues are not the easiest to win,” she grants. ”But they are winnable.”

Evans says Gov. Martin O’Malley’s (D) willingness to use some of his political capital to express support for marriage equality is ”huge” and ”exciting” as the organization and its allies look to sway legislators in the 2012 session.

”For so long, it’s been Equality Maryland all alone in the Legislature, and maybe one or two lobbyists in support of our cause,” says Evans. ”Now we have a full coalition and we can spread out the responsibilities to do the hard work.”

John Riley is the local news reporter for Metro Weekly. He can be reached at jriley@metroweekly.com
← Previous Story Off-Year Advances
Next Story → Kameny To Be Honored on Capitol Hill