Election Day 2011: The Races to Watch for LGBT Candidates and Issues

Although much of the media’s political focus is on the latest developments in the Republican presidential primary race, many Americans head to the polls today in races certain to have their own — though generally more local — impact.

Here are the top five races to watch for those concerned with LGBT issues: 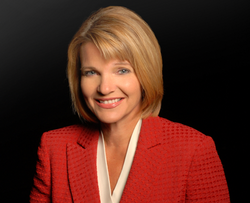 1. Iowa – 18th Senate District: In Iowa, a special election for the 18th Senate District has captured more attention than otherwise would be expected because control of the state Senate hinges on the race’s outcome. Because the previous Democratic occupant of the seat received a gubernatorial appointment earlier this year, the special election — featuring Republican Cindy Golding and Democrat Liz Mathis — is happening today. If Golding wins and the Republicans take control of the Senate, the process for seeking a constitutional amendment to end marriage equality in the state — which has been halted by Democratic control of at least one chamber since the 2009 Iowa Supreme Court ruling that led to marriage equality in Iowa — is likely to begin in earnest (although several complications would remain). [Quad City Times; The American Prospect]

2. San Francisco – Mayor: San Francisco Mayor Ed Lee (D), running for a full term after his earlier appointment to the post, is facing off against 15 opponents today, including out gay former supervisor Bevan Dufty (D) and City Attorney Dennis Herrera (D) — whose office repeatedly supported marriage equality efforts with filings in the American Foundation for Equal Rights lawsuit challenging Proposition 8. The Gay & Lesbian Victory Fund has endorsed Dufty — and drawn criticism from Dufty and others for an anti-Herrera mailer sent a few weeks before the election. [San Francisco Chronicle; Bay Area Reporter]

3. Maine – Question One: In Maine, Question One is a referendum on a Republican-passed legislative measure to end same-day voter registration in the state. As Portland’s WCSH-6 notes, “Next year’s ballot will include a Presidential race, a major fight for control of a new Maine legislature, and possibly another referendum on gay marriage.” Same-day registration is favored by supporters of advancing marriage equality in the state. [WCSH-6]

4. Virginia – 30th and 32nd Senate Districts: Virginia Del. Adam Ebbin (D) is poised to become the state’s first out LGBT senator in today’s election, while out gay Republican Patrick Forrest challenges incumbent Sen. Janet Howell (D) in a race that has featured repeated charges from Forrest that Howell is exploiting Forrest’s sexual orientation as a reason Republicans should vote against him. The Victory Fund has endorsed both out candidates. [Metro Weekly; Washington Post] 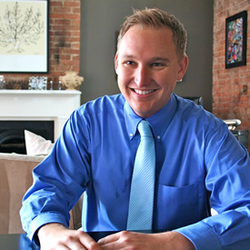 5. Ohio – Cincinnati City Council: Chris Seelbach is running a race that has garnered attention across the state, as he seeks to become the first out LGBT councilmember in a city that, until 2004, had a prohibition on any sexual orientation antidiscrimination measures. In addition to wide LGBT support, including the Victory Fund, Seelbach received the endorsement from the Cincinnati Enquirer in his bid. [Cincinnati Enquirer]

Also, be sure to watch: