Board of Social Services votes against more-inclusive adoption/foster regulations

Virginia’s State Board of Social Services voted 5-1 Dec. 14 to approve regulations on adoption that allow state-licensed private adoption and foster care agencies to deny adoption to prospective parents based on a wide variety of characteristics, including sexual orientation.

The regulations, which go into effect May 1, 2012, were approved in April 2011 when the board struck broader language from the regulations that would have barred discrimination based on sexual orientation, religion, age, gender, disability, political beliefs and family status. 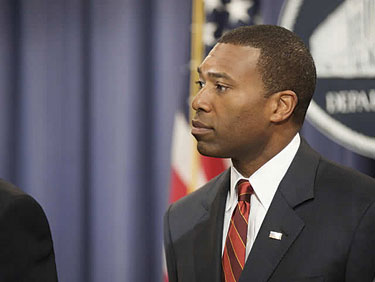 Following a public comment period and a review by Attorney General Ken Cuccinelli (R), who objected to broader language, the board replaced the exemptions with language that prevented private agencies from discriminating based on only race, color or national origin.

Under Virginia law only single people, regardless of sexual orientation, and opposite-sex legally married couples are able to adopt. Same-sex couples, already barred from adopting, would not have been affected had the broader language been adopted, points out Claire Guthrie Gastañaga, legislative counsel for Equality Virginia.

James Parrish, executive director of Equality Virginia, said that not much will change regarding the ability of single gay people to adopt – they will just have to use gay-friendly, non-faith-based agencies.

”The same agencies who discriminated before can discriminate now, they just have the blessing of the state,” he said.

There are 81 agencies in Virginia dealing with adoption or foster care, and about half of those are faith-based agencies, which also objected to the broader language, citing conflicts with their religious beliefs regarding sexual orientation and family status.

During the 30-day comment period, ending Oct. 11, more than 60 percent of the comments submitted were in favor of broader nondiscrimination provisions, Gastañaga said. Despite that, the board voted overwhelmingly to authorize the rules approved in April. Chairwoman Bela Sood was the lone board member voting against the regulations.

Gastañaga told Metro Weekly that the board was pressured by Cuccinelli’s office, who had told them they would open themselves up to liability if they allowed the broader, more inclusive regulations to pass.

John Riley is the local news reporter for Metro Weekly. He can be reached at jriley@metroweekly.com
← Previous Story Baltimore County Grants Spousal Benefits
Next Story → CAGLCC Names 2012 Board of Directors