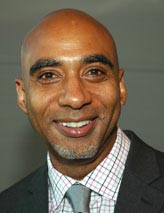 Moderator Cary Alan Johnson, executive director of the International Gay & Lesbian Human Rights Commission, noted that more than 80 countries around the world still have laws targeting sexual and gender identity at the plenary panel on “International LGBT Issues and Organizing” this weekend at Creating Change.

What’s more, he said, other countries are creating new laws or worsening the penalties of their pre-existing ones. Even when such laws do not exist on the books, Johnson said, LGBT people still face arrest, abuse, and imprisonment for such crimes as loitering, immorality, and (his personal favorite) “vagabonding.”

Referring to anti-LGBT Christian evangelical “shame peddlers” like Scott Liveley, Don Schmierer and Caleb Lee Brundidge, he said they have roused anti-LGBT politics in Africa, noting, “[They] are taking their failed show on the road to places where their money can buy power.”

Johnson then noted that nearly one in every four gay African males faces blackmail at some point during his life and that even European countries thought of as progressive such as Sweden and the Netherlands still require transgender people to undergo forced sterilization before changing genders on their government ID.

Johnson then added: “Violence against LGBTs is not cultural, it is criminal.” 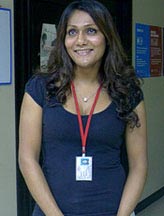 While transitioning from male to female at age 21, Nisha Ayub — program manager of the Transgender Programme of the Pink Triangle Foundation of Malaysia — was arrested under a Sharia law forbidding men from impersonating women. Religious police forces put her in a camp where she faced regular torture and sexual abuse in a jail cell; at one point, the officers stripped her naked and forced her to walk around while the officers insulted and spat on her.

Malaysia allowed sex changes to occur in the country before the 1980s, but current religious laws have made it so that transgender Malaysians cannot change the their name or sex on any government identification.

Also, because trans people can be arrested and fired from their jobs at any moment, she said she and many other trans people have resorted to sex work because they cannot find safe and secure, paid jobs otherwise.

Ayub has protested against the rise of boot camps in her country set up to “correct” effeminate boys. Malaysian LGBT people who choose to enter same-sex unions in other countries can never return home, Ayub said, mentioning Ariff Alfian Rosli, a Malyasian man who could face 20 years in prison for marrying a man in Ireland if he ever returns to his home country.

Though the Malaysian government refuses to fund trans organizations, Ayub contends that all twenty of the country’s states have trans communities and that organizations like Justice for Sisters have begun fundraising on their behalf in hopes of raising awareness about their plight. 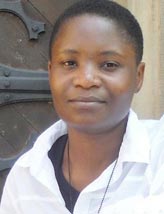 Val Kalende with Sexual Minorities Uganda said that although most of the LGBT stories coming out of Uganda focuses on bad news — like the murder of her peer David Kato more than a year ago and the “Kill the Gays” bill that she has spent much time working against — the media ignores mention of progress and what the country’s LGBT community actually needs.

Originally, she said the country’s LGBT movement was limited to only about four or five individuals. But now she sees larger groups of students and other young people working as activists because they have been influenced by her work and the international attention placed on Uganda’s LGBT issues.

She has also seen a rise in the number of non-government organizations stressing the need to oppose violence and homophobia.

In her conclusion, Kalende noted that is is time to speak up against homophobia globally and that any conversation about the global LGBT movement must include African voices.

“LGBT people in Uganda don’t need charity. They don’t need your money,” Kalende said. “What they need is your friendship and support. They need you to ask them ‘How can we help you do what you need to do better?’ and to consult them every time before you speak on their behalf.”

Among her requests, she asked American LGBT people to stand up to U.S. evangelicals spreading hate in Africa, to invite African LGBT people to spaces where they can educate and inform other global activists and to thank the U.S. embassy in Kampala for helping give Ugandan LGBT people access to African government authorities so that they may share their experiences and possibly build lasting change together. 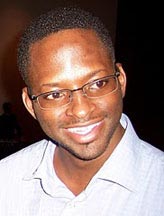 Two years ago Joel Simpson, the founder and co-chair of the Society Against Sexual Orientation Discrimination in Guyana, helped file a landmark lawsuit challenging the constitutionality of the country’s anti-cross dressing law.

Many men submit to extortion from authorities rather than face the humiliation and punishment of arrest and jail time, Simpson said.

About two years ago, Guyana police held a massive crackdown on a select group of male-to-female sex workers arrested for cross-dressing and loitering. While in custody, the arrestees were physically and sexual abused; denied access to phones, medical care and legal representation; and were then lectured in court by a religious official about how they were confused, an embarrassment to their families and needed to come to church to get right with God.

In response to this event, Simpson mobilized local attorneys to represent each of the arrestees, contacted academics in West Indies and Barbados for advice and research into the laws and took detailed accounts of the crackdown from the numerous witnesses.

Though the case still in court, Simpson feels optimistic of decision ruling the cross dressing law unconstitutional. However, if the laws are upheld, he has vowed to take the case all the way to final appellate level court and then to international rights organizations and even the international court of human rights, until the law becomes history. 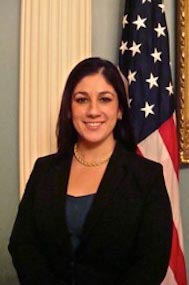 Finally, Mira Patel, special advisor on LGBT and women’s issues with the U.S. Department of State, called the one-year anniversary of Ugandan LGBT activist David Kato’s assassination “a reminder of the sacrifices LGBT organizers around the world make for us.”

“Governments are using courts and police to shut down allies and violence against trans women is increasing,” Patel said. She added that and the continued imprisonment, abuse and execution of LGBT people worldwide hinders public health and social cohesion.

However, Patel did say, “Never before has there been such an open clear and explicit acknowledgement of [the importance of LGBT rights] as when Hilary Clinton made the U.N. speech declaring ‘Gay rights are human rights and human rights are gay rights.’

“Standing there, I knew that the U.S. was finally on the right side of history.”

She concluded by mentioning the United States’ $3 million contribution to the Global Equality Fund — a private initiative that funds grassroots organizations seeking to foster change and public dialogue about LGBT governance around the world — and expressed hope that America’s engagement will embolden other countries and citizens to challenge homophobia and discrimination both domestically and abroad.