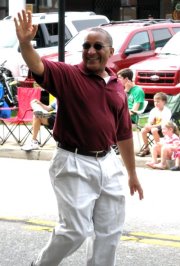 Garden State Equality executive director Steven Goldstein was told the news by Christie himself. “As I told the Governor right then and there, you could have picked me up off the floor,” Goldstein said in a statement.

Goldstein said that Christie called the LGBT organization head personally to tell him the news just a few minutes before announcing he news.

Of today’s news, Goldstein noted, “When I met with Governor Christie in 2010 at his request, he told me that though we would differ on some issues like marriage equality, he viewed the LGBT community as an important part of New Jersey, and that he wanted his Administration to have a good working relationship with Garden State Equality. That has been the case every step of the way.

“Since Governor Christie took office, his Administration has treated us with warmth and responsiveness. Yes is yes, no is no, and we’ll get back to you means they get back to you faster than you thought, usually with invaluable help,” Goldstein said in the statement. “To be clear, the Governor and his staff were invaluable in helping us pass the Anti-Bullying Bill of Rights, the nation’s strongest anti-bullying law that the governor signed in January 2011.”

In addition to Harris, Christie is nominating Phil Kwon, who worked under Christie when he was U.S. attorney, to the state supreme court, according to the Star-Ledger.