By John Riley on February 8, 2012 @JohnAndresRiley

The so-called “conscience clause” bill that would allow private child placement agencies to discriminate against prospective adoptive or foster parents based on sexual orientation, family status and a number of other factors continued its march toward becoming state law as Republicans held fast against amendments to the bill during its second reading in the Virginia Senate. 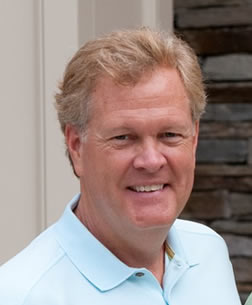 The bill, Senate Bill 349, was introduced by Sen. Jeff McWaters (R-Virginia Beach) and would codify into law that private child placement agencies are not required to place children with prospective adoptive or foster parents if doing so is in violation of that agency’s written or moral convictions or policies, even if they receive state tax dollars.

The bill also prevents the denial of any application for or renewal of a license, or any grant, contract, or participation in a government program, for any agency because of moral or religious objections, and prevents those agencies from being sued because of their refusal to perform any placement based on such objections.

The bill cements into law a 5-1 decision by the State Board of Social Services in December that allows state-licenses private adoption and foster care agencies to deny prospective parents based on sexual orientation, religion, age of the prospective parents, gender, disability, family status and even political beliefs.

Under Virginia law, only single people, regardless of sexual orientation, and opposite-sex legally-married couples are able to adopt, while same-sex couples cannot. With the passage of SB 349, if a single gay or lesbian person wishes to become an adoptive or foster parent, they will be limited to using a smaller number of placement agencies that do not object on religious or moral grounds.

The bill is expected to be read during the Thursday, Feb. 9, session and passed by the full Senate. A similar bill with identical language previously passed the House of Delegates by a 71-28 margin, with one delegate not voting. Once the bill is passed by both chambers, it will go to Gov. Bob McDonnell (R), who has indicated he will sign it into law.

LGBT allies in the Senate, all Democrats, offered up to 18 amendments to the bill, all of which were rejected.

A series of amendments by Sen. George Barker (D-Fairfax, Prince William counties) would have limited the bill’s application only to faith-based agencies. There are currently 81 agencies in Virginia dealing with adoption or foster care, and about half of those are faith-based agencies. But proponents of S.B. 349, such as Sen. Stephen Martin (R-Chesterfield Co.), said that other private agencies that are not explicitly faith-based should have the right to refuse placement if doing so violates a moral code.

Barker’s amendments were later reconsidered at the request of Sen. Thomas Norment (R-James City) and rejected by the Senate again by a margin of 17-22, with Lucas switching her vote.

Another series of amendments by Sen. Barbara Favola (D-Arlington, Fairfax counties) would have removed “foster care children” from the bill, claiming that allowing agencies to discriminate may not be in the child’s best interests. Favola referenced the possibility of a divorced nurse wanting to adopt a special needs child or a distant relative of a different faith wanting to adopt — both of which would be prevented if an agency claimed a moral objection to such placement. Favola’s amendments failed, 17-22, after McWaters said the bill did not limit such potential parents from using other placement agencies without moral or religious objections.

Out gay Sen. Adam Ebbin (D-Arlington, Alexandria, Fairfax Co.) offered an amendment to prevent gay, lesbian, bisexual and transgender children in the foster care system from being placed with a family whose religious beliefs say that homosexuality is a choice, and sought to guarantee that those children would not be subject to controversial reparative therapies that seek to “cure” children of homosexuality and gender non-conformity. Ebbin said the provision was necessary because forcing such children to undergo such therapy could endanger their health and well-being, and, in other past cases, such treatments have led to suicide attempts by LGBT children.

In response, McWaters told Ebbin “perhaps you need to get your own bill” and urged colleagues to reject the amendment because it would change the law as it currently exists. Ebbin’s amendment failed 16-23, with Colgan, Puckett and Sen. Chap Petersen (D-Fairfax City) voting with Republicans to kill it.

Another LGBT ally, Sen. Donald McEachin (D-Henrico Co., Richmond, Charles City) offered two more amendments, one to allow children placed in a foster care or adoptive family to sue the placement agency if they felt they had been harmed by the placement, and another that would have stated that, if adopted, the bill would not be considered as overriding existing state law. Both amendments failed by a vote of 16-22 and 17-22, respectively, with Colgan and Puckett voting with Republicans. Sen. Linda Todd “Toddy” Puller (D-Fairfax, Prince William counties) missed the vote on the first McEachin amendment.

Finally, a series of amendments by Sen. Mark Herring (D-Fairfax, Loudoun counties) would have limited the conscience clause provisions only to private agencies that do not accept state funds. Herring refuted supporters’ claims that it is needed to protect religious liberty, saying the bill goes too far by authorizing child placement agencies to discriminate based on sexual orientation, family status and other factors, even when agencies contract with the state to provide services that are being paid for with taxpayer dollars. Herring’s amendments failed on a similar 17-22 margin, and the un-amended bill was engrossed and advanced to its third reading as required by the Virginia Constitution.

John Riley is the local news reporter for Metro Weekly. He can be reached at jriley@metroweekly.com
← Previous Story Santorum Trumps Romney, Three Times Over
Next Story → News Analysis: How the HHS Contraception Coverage Decision and Marriage Equality Are Related