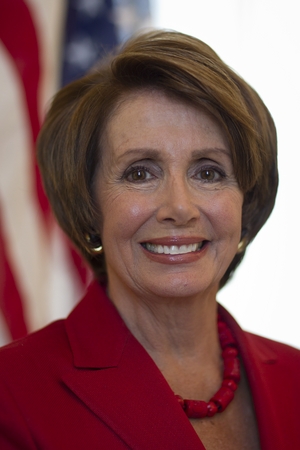 The former House speaker’s support for the move comes in response to Freedom to Marry’s announcement on Feb. 13 that it was launching a campaign to ask the Democrats, as the group put it, to “Say I Do” to including such a marriage equality plank in the party’s platform.

The platform, a detailed statement of the party’s positions that will be finalized at the Democratic National Convention this September, has never included language in support of the right of same-sex couples to marry. And the leader of the party, President Obama, opposed marriage equality in the 2008 campaign. He said in December 2010 that his position on marriage equality was “evolving” but that he still “struggle[s]” with it. His press secretary, Jay Carney, said this past week of Obama’s position, “You know his position, where it stands now, on the issue of same-sex marriage, so I really don’t have much to add on that.”

The proposed plank states: “We support the full inclusion of all families in the life of our nation, with equal respect, responsibilities, and protections under the law, including the freedom to marry. Government has no business putting barriers in the path of people seeking to care for their family members, particularly in challenging economic times. We support the Respect for Marriage Act and the overturning of the federal so-called Defense of Marriage Act, and oppose discriminatory constitutional amendments and other attempts to deny the freedom to marry to loving and committed same-sex couples.”

Obama currently supports much of the Freedom to Marry plank language — outside of the marriage equality language itself. He has endorsed the Respect for Marriage Act, which would repeal DOMA, and opposes “divisive and discriminatory efforts to deny rights and benefits to same-sex couples.” After several requests by Metro Weekly, however, the Obama campaign is yet to provide specific comment on the proposed platform language.

Freedom to Marry president Evan Wolfson was happy to have Pelosi backing the proposed language.

“Freedom to Marry is proud to have Leader Pelosi joining our call to put the Democratic Party squarely on record in support of the freedom to marry as part of the national platform. A wide majority of Democrats and Independents support the freedom to marry, and standing up for all families is not just the right thing to do, it’s the right to do politically,” Wolfson writes to Metro Weekly. “I hope more people will quickly join Leader Pelosi by signing Freedom to Marry’s ‘Democrats: Say I Do’ petition so together we can get the party, and the country, where the majority of Americans already are.”

Among other prominent Democratic supporters of marriage equality is Rep. Debbie Wasserman Schultz (D-Fla.), who Obama chose in 2011 to serve as the chair of the Democratic National Committee.

The change to the Democratic Party platform would be a significant advancement for marriage equality advocates.

In 2008, the platform stated that the party “oppose[d] the Defense of Marriage Act and that it “supported … equal responsibilities, benefits and protections.” It took no position on marriage equality. In 2004, the platform opposed the Federal Marriage Amendment backed by then-President George W. Bush but, as to marriage equality, stated that “marriage has been defined at the state level for 200 years, and we believe it should continue to be defined there.”

The Republican Party platform, by comparison, stated in 2008: “Because our children’s future is best preserved within the traditional understanding of marriage, we call for a constitutional amendment that fully protects marriage as a union of a man and a woman, so that judges cannot make other arrangements equivalent to it. In the absence of a national amendment, we support the right of the people of the various states to affirm traditional marriage through state initiatives.” It also stated that DOMA was enacted by a Republican Congress and called Democratic efforts to repeal DOMA “unbelievabl[e].”

Of the three candidates seeking the Republican nomination to have won any of the primary contests — former Massachusetts Gov. Mitt Romney, former Pennsylvania Sen. Rick Santorum and former House Speaker Newt Gingrich (Ga.) — all oppose marriage equality and support a Federal Marriage Amendment to make marriages between same-sex couples unconstitutional. Such an amendment failed to secure even 50 of the necessary 60 votes for cloture when it was voted on in 2006. The measure would need a two-thirds vote approving the amendment itself from both chambers before being sent to the states for ratification.