In a brief filing today in the U.S. District Court for the Northern District of California, the House Bipartisan Legal Advisory Group has announced that it is appealing this week’s decision in Golinski v. Office of Personnel Management finding that Section 3 of the Defense of Marriage Act is unconstitutional. 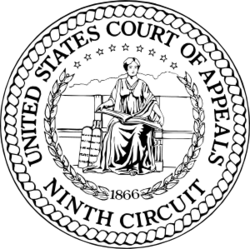 The appeal sends the case to the U.S. Court of Appeals for the Ninth Circuit, which recently struck down Proposition 8 as unconstitutional under limited grounds.

According to today’s filing:

Notice is hereby given that Intervenor-Defendant the Bipartisan Legal Advisory Group of the U.S. House of Representatives (the “House”), through counsel, respectfully appeals to the United States Court of Appeals for the Ninth Circuit the District Court’s February 22, 2012 Order and final Judgment, both insofar as they grant Plaintiff’s motion for summary judgment and deny the House’s motion to dismiss.

The statutory basis for this appeal is 28 U.S.C. § 1291. The House hereby notifies the Clerk of Court pursuant to Ninth Circuit Rule 3-1 that it is exempt from submitting the filing fee for this appeal.

Golinski is represented in the challenge, in which she is seeking equal health benefits for her wife, by Lambda Legal Defense and Education Fund.

BLAG has retained outside counsel, led by Paul Clement at Bancroft PLLC, to represent it in the case, which it took up following the decision by the Department of Justice and President Obama to stop defending legal challenges to Section 3 of DOMA. DOJ has taken Golinski’s side in this challenge, arguing that Section 3 of DOMA is unconstitutional.

Lambda Legal attorney Tara Borelli said in a statement, “We are confident Judge White’s thorough and well-reasoned decision will stand the test of time. However they may recycle their failed arguments on appeal, the one thing we know is: DOMA is doomed, and efforts to extend this discriminatory law, while not unexpected, serve only to harm loving couples and families.”

In a statement issued this afternoon, Pelosi spokesman Drew Hammill said, “The District Court in Northern District of California flatly rejected the arguments of Speaker Boehner and his taxpayer-funded lawyers that insulted millions of Americans and their families. The court made it clear that there is no legitimate interest in denying a class of couples the rights and responsibilities guaranteed to married couples under state law.”

Referencing Pelosi and other Democrats’ stated concerns about the cost of supporting the GOP’s defense, Hammill added, “Over the past year, the initial $500,000 in outside legal fees Speaker Boehner plans to spend has tripled to $1.5 million without any vote of the BLAG. That is a tremendous amount of taxpayer money expended, on a purely partisan basis, to defend discrimination. With progress on marriage equality coming from all corners of our country, Speaker Boehner would have been better served and saved taxpayers’ money if he had more carefully reviewed the district court’s ruling and had declined to file a notice of appeal.”

A White House spokesman did not respond to a request for comment on today’s filing.

The Ninth Circuit has received the notice of appeal, and has docketed the case as Karen Golinski v. Office of Personnel Management et al., 12-15388.