By Daniel Villarreal on February 8, 2012

The Illinois bill would amend the 2011 Illinois Religious Freedom Protection and Civil Union Act to grant the state’s currently existing civil unions the legal designation of marriages with “the same benefits, protections, and responsibilities under law.”

Currently, Illinois enforces the 2010 Illinois Marriage and Dissolution of Marriage Act, which specifies valid marriages as only those between a man and a woman. 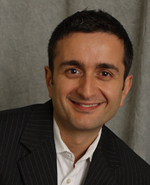 “In following experiences of thousands of couples in civil unions over the past year, we confirmed what we always suspected to be true: that creating a separate institution to provide substantially the same rights did not add up to full equality under the law.

“Separate is not equal.”

Rep. Harris first introduced the marriage equality bill on February 22, 2007 and then again on January 14, 2009, but both times it died in committee.

Though state legislators eventually legalized civil unions with a 61-52 House vote where five Republican votes helped the bill pass despite 12 Democrat nays. Only one Republican Senator, Dan Rutherford supported the Senate bill which passed in a 32-24 vote.

Cherkasov warns that the marriage equality bill is not a slam-dunk and that advocates will have to reach out their elected officials and fellow voters to compel legislators to pass the bill.

A 2010 poll of Illinoisans found that two-thirds favored legal recognition of gay couples the majority were split over their preference for civil unions and marriage.

← Previous Story News Analysis: How the HHS Contraception Coverage Decision and Marriage Equality Are Related
Next Story → Outliers: Is Mold Infestation the Cause of the Ninth Circuit’s Prop 8 Opinion?