In the wake of its treatment of Planned Parenthood, some in LGBT health consider their own ties to Komen organization

As the dust settles on the controversy over a decision by the nation’s largest organization fighting breast cancer to withdraw grants from the nation’s largest provider of services regarding reproduction, the LGBT community is taking stock of both the damage and the potential damage.

Susan G. Komen for the Cure, the nation’s largest organization specialized in combating breast cancer, announced Jan. 31 that it would no longer provide grants to Planned Parenthood. Then, four days later, after being hit with a harsh public backlash, it reversed that decision. But the controversy has raised questions about the relationship between politics and philanthropy, and about whether LGBT health services could be the next to see their funds cut.

Komen initially withdrew nearly $700,000 in grants to Planned Parenthood. That money had been used to provide nearly 170,000 clinical breast exams and more than 6,400 mammogram referrals around the country, according to Planned Parenthood. The organization also provides ”sensitive, and appropriate reproductive health, general health, and sexual health services to all of our lesbian, gay, bisexual, and transgender patients,” notes the Planned Parenthood website.

Komen said it withdrew the funding because it has a policy of not funding organizations under congressional investigation.

In fall of 2011, Rep. Cliff Stearns (R-Fla.) began an investigation into whether Planned Parenthood has illegally used federal money to fund abortion services. Stearns has long been known for his anti-abortion views, and many suspected Komen’s decision was less motivated by the investigation than by politics. And they said so, loudly. Their suspicions were made all the stronger because Komen had hired Karen Handel as its senior vice president for public policy last April. Handel, during her unsuccessful run for Georgia governor in 2010, had promised to defund Planned Parenthood in that state, if elected.

Lorri L. Jean, CEO of the L.A. Gay & Lesbian Center, the largest LGBT community organization in the country, was one of the first to issue a statement, Feb. 1, saying Komen ”has stunningly decided to shun its mission by siding with right wing extremists rather than with low income women – including large numbers of lesbians and transgender women – at risk of breast cancer.” Many other groups and individuals criticized Komen’s decision, too, some vowing to withhold contributions and participation in Komen’s highly popular ”Race for the Cure” events.

By Feb. 7, Handel had resigned from Komen, citing the controversy. 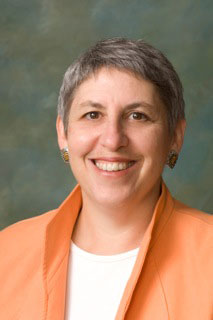 Leslie Calman, executive director of Mautner, said in an interview that Komen has been an ”extremely generous donor.” Mautner received a $500,000, two-year, capacity-building grant between 2008 and 2010 that ”saved the Mautner Project” when it had been in danger of going under, Calman said.

Cindi Creager, a spokesperson for New York City’s LGBT Community Center, said the Center has received ”varying levels of funding” from Komen Greater NYC since 2004, most recently an $80,000 grant in 2010. The Center has a grant application pending for 2012.

Nurit Shein, executive director of the Mazzoni Center in Philadelphia, said her center has received $30,000 in 2012 from Komen’s Philadelphia affiliate to do ”education, clinical breast exams, and referrals to mammograms,” and has received similar grants for several years.

Wendy Stark, executive director of the Callen-Lorde Community Health Center in New York City, said the Komen affiliate has funded that center for more than a decade. Among other things, Komen money supports the ”very critical position” of a case manager in women’s health at Callen-Lorde. ”We’ve found them to be very supportive of LGBT health,” said Stark.

The L.A. Gay & Lesbian Center has not received grants from Komen, but Jim Key, chief public affairs officer for the Center, said that even though Komen reversed its decision regarding Planned Parenthood, the L.A. Center still ”[finds] it distressing that the foundation was so willing to play politics at the expense of vital services such as breast cancer screenings.”

Nurit Shein in Philadelphia, agreed, saying that Komen’s hiring of the anti-gay Handel made her wonder, ”Are lesbians next?” after the defunding of Planned Parenthood.

Shein also sits on Komen’s National Multicultural Advisory Board, which addresses issues of the LGBT community, among others. She said in an interview that she has been ”sharing our disappointment and concerns” with Komen officials about the controversy. But she said the situation also indicates a ”disconnect” between Komen’s local affiliates and its national headquarters. The Philadelphia affiliate ”has been a true partner with us,” she asserted.

In Massachusetts, the state Komen affiliate in 2011 funded the annual Audre Lorde Cancer Awareness Brunch at Boston’s Fenway Health. Audre Lorde was a lesbian activist and writer who died in 1992 from breast cancer.

Boston’s Fenway Health Center spokesperson Philip Finch said, ”We’d certainly be receptive to their funding it in the future, as long as they have policies which are supportive of women and women’s health,” such as the policy to fund Planned Parenthood again.

In a Feb. 3 statement, Komen CEO Nancy Brinker said, ”We have been distressed at the presumption that the changes made to our funding criteria were done for political reasons or to specifically penalize Planned Parenthood. They were not.” She added that Komen will amend its grant-making criteria ”to make clear that disqualifying investigations must be criminal and conclusive in nature and not political.”

And the Maunter Project’s Calman said Komen had been ”scrupulously apolitical” until the Planned Parenthood defunding, even though Brinker is a Republican and served as a presidential appointee under President George W. Bush. Calman noted that Mollie Williams, Komen’s managing director of community health programs, who resigned in protest at the defunding of Planned Parenthood, sits on the Mautner Project Technical Advisory Council and has been ”a good friend to the Mautner Project.”

Calman said she had been ”alarmed and dismayed” at Komen’s decision to defund Planned Parenthood, and characterized it as ”a huge misstep.” But she said that, going forward, she looks forward to ”continued support” from Komen.

Shein of Philadelphia said she would like to hear ”a stronger statement” from Komen about ”mixing politics and philanthropy,” but is ”glad” the national organization reversed its decision.

In response to a request for comment, Komen’s media office said, ”We are not doing media interviews at this time.”

Creager, of New York’s LGBT Community Center, said the center will continue to ”pay attention to new developments,” but added, ”We hope and believe Komen will continue to address the needs of LBT people with breast cancer by continuing to partner with the center and other LGBT organizations.”

The situation with Planned Parenthood may even have made that more likely. The L.A. Center’s Key noted that, ”Komen knows the world is watching – and there will be an immediate outcry over any decision that prioritizes politics over lives.”