Governor expected to sign legislation, which could further restrict LGBT adoption and foster parenting in the state 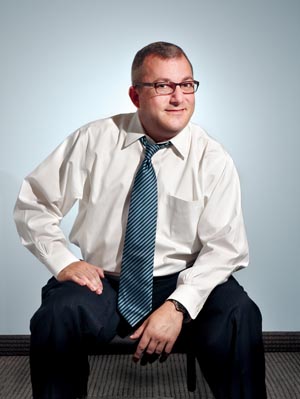 The bill, SB 349, allows private child placement agencies to refuse to place children with prospective adoptive or foster parents if doing so is in violation of that agency’s written or stated religious or moral convictions or policies, even if they receive state funding.

The measure cements into law a 5-1 decision the State Board of Social Services made in December that allows state-licensed private adoption and foster care agencies to refuse prospective parents based on sexual orientation, religion, age of the prospective parents, gender, disability, family status or political beliefs.

A duplicate bill, HB 189, passed the House of Delegates 71-28 Feb. 3 with all Republicans and three Democrats voting in favor. The measure is now slated to go before Gov. Bob McDonnell (R), who has indicated he will sign it into law.

Opponents of the measure say allowing private agencies that contract with the state to claim religious or moral objections primarily singles out LGBT prospective foster parents, but could also be interpreted as justifying banning other classes of adoptive or foster parents, such as unmarried or divorced individuals.

The approved bill also prevents the denial of any application for or renewal of a license, grant, contract, or participation in a government program, for any agency due to refusal to place children in homes based on moral or religious objections. It also prevents those agencies from being sued for such refusals.

Sen. Jeff McWaters (R-Virginia Beach) urged passage of the bill, saying it ”codifies and clarifies what we now call the status quo.” McWaters told colleagues that the bill was not attempting to change existing state or federal law regarding adoption.

But out gay Sen. Adam Ebbin (D-Alexandria, Arlington and Fairfax counties) told his colleagues that the bill was not about protecting religious views, but preventing LGBT individuals from adopting.

”This has been clear since its inception,” Ebbin said of the bill on the Senate floor. ”In the all-out effort to stop LGBT people from adopting children, this bill not only limits the opportunities to children to find loving homes, it will actually endanger LGBT children, who make up a significant number of children in our foster care system.”

Ebbin said that while LGBT individuals can currently adopt using placement agencies that do not have stated or written religious or moral objections to homosexuality, he said that the bill’s passage could result in any one of the 81 agencies that currently contract with the state adopting a policy or ”conscience clause” tomorrow that would essentially ban LGBT individuals from becoming foster or adoptive parents. He added that he expects SB 349 to lead to legislation in the future that ”does directly what this bill does indirectly, achieving the ultimate goal” of banning outright the ability of LGBT individuals to adopt.

Some Democratic allies of the LGBT community unsuccessfully lobbied their colleagues to defeat the bill.

”This bill treads on thin ice,” Edwards said. ”It confuses the right of a person to hold their own religious views, which is sacred, and imposing those views on someone else.”

For example, Edwards said, the U.S. Supreme Court has upheld a ban on polygamy even though there were some Mormons who said they were ”entitled” to practice polygamy based on their religious beliefs. What the courts did in that case, said Edwards, was distinguish between religious views and practices.

Edwards also invoked founding father Thomas Jefferson, author of the Virginia Statute for Religious Freedom, during his speech, saying that allowing private agencies to force religious views on others while using taxpayer money was a violation of others’ religious freedom.

Sen. Mark Herring (D-Fairfax, Loudoun counties) said the bill ”reflects the wrong priority,” making decisions based not on what is best for the child in foster care, but the desires, feelings and personal beliefs of the placement agency. He said that the state cannot discriminate based on religious criteria, and neither should private agencies that contract with the state and use taxpayer dollars.

Sen. A. Donald McEachin (D-Richmond, Henrico and Charles City counties) asked McWaters if he realized the ”conscience clause” could result in preventing a single woman or man from adopting or being a foster care parent. McEachin also pointed out that federal law, as cited by McWaters, only protects against discrimination based on race, national origin or religion.

When McWaters rebutted McEachin’s comments and maintained that the bill does not change current law and should be adopted, McEachin responded that, under the conscience clause provision, an agency that was opposed to war could, as a matter of policy, prevent military families from adopting based on the assumption that children raised by military families, as McEachin was, are more likely to enter the military themselves.

John Riley is the local news reporter for Metro Weekly. He can be reached at jriley@metroweekly.com
← Previous Story Remembering Deoni Jones
Next Story → Time To Talk