The two California men arrested in Dominica Wednesday, March 21 – in the Caribbean nation as part of the Atlantis Events chartered gay cruise aboard the Celebrity Summit – are due to be leaving the country today, March 22, after making a court appearance this morning. The two pleaded guilty to indecent exposure and were ordered to pay a fine of 2,400 East Caribbean dollars, approximately $890, each.

According to Dominica News Online (DNO), which covered the court hearing this morning, the two told local police, “We were naked on the balcony, but we were not having sex.”

Witnesses told the court the two men were seen fondling. Sex between men is illegal in the island nation.

Defense lawyer Bernadette Lambert told the court her clients are “extremely remorseful,” DNO reported, adding, “They were struck by the beautiful mountains, clear fresh water and beauty of the island, and they also had a few cocktails and so threw caution to the wind. They came here for a good time and did not mean to offend the laws of the country.”

After paying the fines, the two were scheduled to exit the country later Thursday.

Rich Campbell, president of the West Hollywood, Ca.-based Atlantis Events, released a statement on the company’s Facebook page today, as well. It reads, in part:

“Yesterday morning around 9:30 am two of our guests were seen engaging in a sexual act outdoors on their balcony in full public view of the port and town. Not only did many of the residents witness the act, several of our guests saw this incident as well. The local authorities responded to a complaint by several residents. The two gentlemen were arrested on a misdemeanor charge of public indecency and detained overnight. They appeared in front of the local magistrate this morning, paid a small fine, and were released in full.

“Please understand that the complaint and subsequent arrests had nothing to do with the guests’ sexual orientation, nor was any ‘anti-gay’ law invoked. These guests were engaged in behavior that is inappropriate in any port of call, or major city for that matter.”

Dominican authorities had considered charging the two men with “buggery,” but opted for the lesser charge of indecent exposure, according to The Dominican Net (TDN), which reports that sex between two men can carry a sentence of up to 10 years under Dominican law.

“They could have been charged with buggery, but because it is a very long process we decided that it was in our best interest to deal expeditiously with the issue and get the individuals out of our island as quickly as possible,” Police Chief Cyril Carette told TDN.

At the hearing, DNO reported, Chief Magistrate Evelina Baptiste referred to the two men as “rogues and vagabonds.”

[UPDATE, March 26: After returning to the U.S., Dennis Jay Mayer of Palm Springs, Calif., arrested with his partner John Hart, spoke to the Associated Press. “The total experience was horrendous. They told us that they didn’t like us, that they didn’t like gay poeple,” Mayer, a retired police officer, told the AP, while further describing being taunted while in custody by both local residents and officials and fearing for his safety and that of his partner. “I would not spend my money in a country that does not support gay behavior. … Shame on us for not doing our research.] 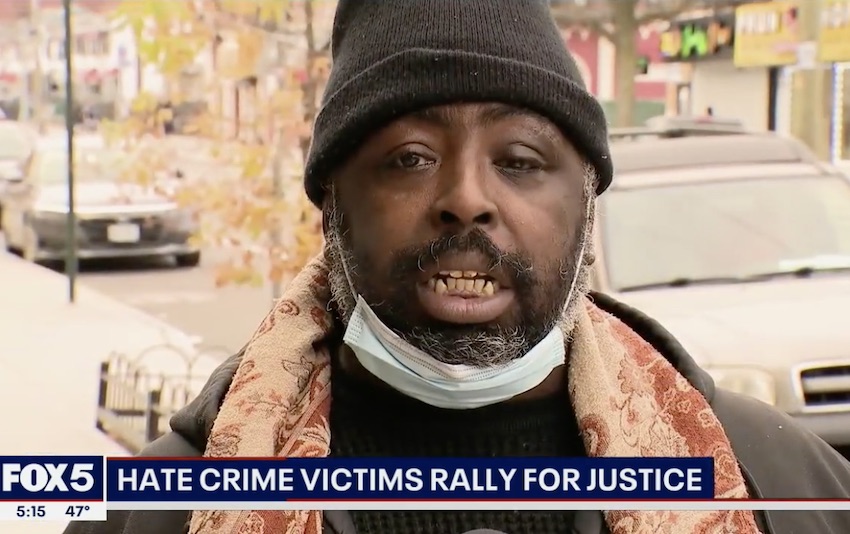