The stage is set for the 25th Miss Gay D.C. America Pageant 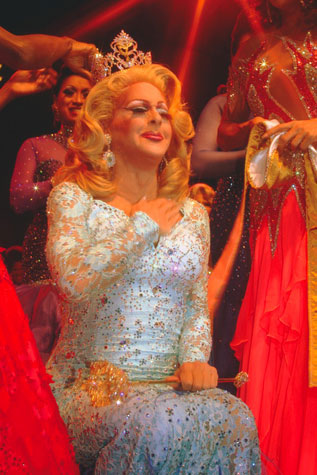 When reigning titleholder Kirby Kolby steps down at Saturday’s Miss Gay D.C. America pageant, the experience may be bittersweet. But the emphasis really should be on the sweet. After all, she didn’t stop there. She went on to take the Miss Gay America title in October 2011 at the national pageant of ”female illusion” in Columbus, Ohio.

While the Raleigh, N.C., resident’s win, representing the D.C. title at the nationals, put her at the top of her game, she has some company. As Robert York, president of Cocker Productions, producer of the D.C. regional pageant, is quick to point out, ”We’ve had three national winners in four years. People competing for Miss Gay D.C. America know it’s a pageant that will provide them with a lot of support.”

With that precedent, Saturday’s crop of contestants are facing a pretty high bar. And never mind that this year’s D.C. regional contest marks its 25th year (40th for the lucky illusionist heading off to the national pageant), but, hey, no pressure. 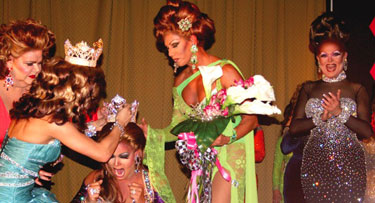 ”Anyone coming to the event should expect a great night of entertainment,” York promises. ”They might think of it like the real Miss America. There are a lot of similarities.”

That doesn’t mean the audiences will get to see everything that leads up to the final crowning. The Friday night interview of contestants out of drag, for example, is a judges-only affair. Still, there’s plenty to see Saturday, as contestants are questioned before the audience, show off their evening gowns, and put their most talented feet forward. Just don’t expect any fiery batons.

”That’s not allowed,” York cautions. ”No fire and no liquids.” 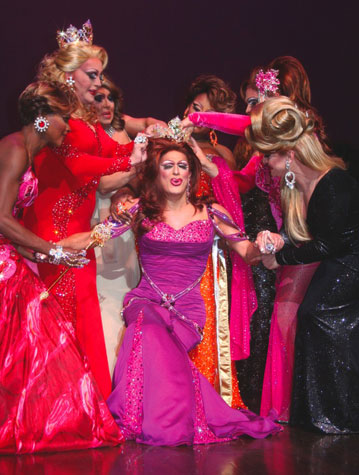 Restrictions aside, these fierce competitors are likely to break out whatever stops are allowed, in that there’s an impressive prize package to be had. From cash to crown and quite a bit in between, the first-place prize package is valued at $4,125. That’s not counting the invaluable guaranteed entry into the running for Miss Gay America later this year.

Says York, ”There’s a lot of blood, sweat and tears put into winning a title.”