Concerned members of the LGBT community have announced plans for a silent march and a fundraiser in the wake of two anti-gay attacks earlier this week, one in Columbia Heights, the other in adjacent Pleasant Plains.

The first attack, a shooting, occurred around 6:30 a.m. Sunday, March 11, at the IHOP Restaurant at 3100 14th St. NW. According to police reports, a group of suspects repeatedly harassed the victim and his companions with homophobic slurs, before one suspect began fighting with the victim, with the two exchanging several punches. 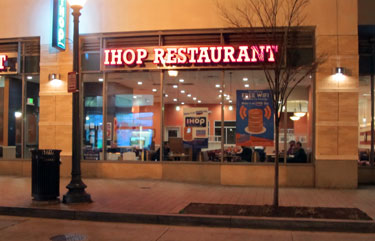 According to an e-mail sent to constituents by Councilmember Jim Graham (D-Ward 1), an off-duty MPD detective was eating at IHOP at the time. That detective, listed as ”Witness 3” in the incident report, separated the two men ”when the sound of a gunshot occurred.” The three suspects then fled the scene, traveling eastbound along Irving Street NW. The victim had been shot – not fatally – in the chest area with an unknown firearm and was transported to Washington MedStar Hospital via ambulance. The incident has been initially categorized as ”assault with intent to kill” and as a hate crime.

Graham told constituents via email that ”police are confident of a closure” because of video footage of the shooting.

The second victim was attacked at the corner of Georgia Avenue and Irving Street NW at 9:30 p.m., Monday, March 12. According to the police report, the victim says he was beaten by a group who shouted homophobic slurs before robbing him of his iPod, iPad, keys, two credit cards and a debit card. The victim’s partner arrived at the scene moments after the attack occurred. The suspects fled before police arrived, and the victim was transported to the George Washington University Hospital for treatment. Metropolitan Police have categorized the crime as robbery using force and violence, and as a hate crime.

A transgender woman was also assaulted Monday, March 12, at 11:50 p.m., at the intersection of Mount Olivet Road and West Virginia Avenue NE. MPD reports that the victim was taken to a local hospital. The police report in that incident has not yet been released.

Both community events planned in response to the crimes are scheduled for Tuesday, March 20.

According to the Facebook group for the silent march, participants will walk from the IHOP Restaurant where the shooting occurred to the site of the second attack at Georgia Avenue and Irving Street NW. From there, the march is set to end at the intersection of 17th and R Streets NW. The march is set to step off at 7 p.m.

The organizer of the ”Silent March for Victims of GLBT Violence,” who has asked not to be identified, asked that participants wear solid-colored shirts in rainbow hues, as well as advise the Facebook page which colors they are planning to wear. The organizer said the aim is to walk as a rainbow, making a ”flag” that will serve as a sign of support. 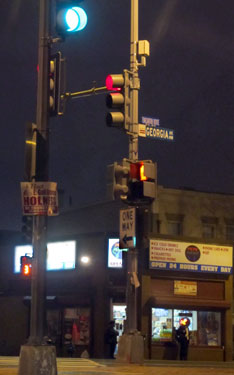 According to the Facebook group for the fundraising benefit, launched by Jason Royce, organizers are hoping to collect up to $1,000 to help pay for the second victim’s expenses. The fundraiser begins at 9 p.m. at Cobalt nightclub, located at the intersection where the march will end, 1639 R St. NW.

Both events are intended to be a show of support for the victims and a ”statement of togetherness” of the community affected by the attacks, according to listings for both events.

The attacks come amid continuing criticism from several LGBT organizations aimed at the Metropolitan Police Department and the U.S. Attorney’s Office for the District of Columbia regarding the handling and prosecution of bias crimes.

Mayor Vincent Gray (D) issued a statement this afternoon, March 15, condemning the attacks and promised the assailants would be prosecuted to the fullest extent of the law.

”All crime is horrific and destructive to the fabric of our community, but especially violent behavior that targets people because of their ethnic background, sexual orientation, faith or other identifying characteristics,” Gray said in the statement. ”These kinds of crimes are particularly insidious, because they are designed to instill fear in an entire community.

”This cannot and will not stand in the District of Columbia, where all of our residents have the right to walk the streets of our neighborhoods free of fear, regardless of their identities, beliefs or characteristics. The Metropolitan Police Department and I will not rest until the perpetrators of these brutal crimes are arrested, tried and safely locked away.”

Anyone with information regarding either attack is asked to contact MPD at 202-727-9099 or text the department’s Tip Line at 50411. MPD offers cash rewards to those providing information leading to the arrest and conviction of criminals in D.C.

John Riley is the local news reporter for Metro Weekly. He can be reached at jriley@metroweekly.com
← Previous Story Losing a Loved One
Next Story → PFLAG and PFOX Debate MCPS Fliers on News Channel 8