Standing Out for Equality

”This is in a class by itself,” says Nicholas F. Benton, owner and editor of the Falls Church News-Press, and one of the five 2012 awardees. ”It’s statewide – and it’s a big state. I’m deeply honored.” 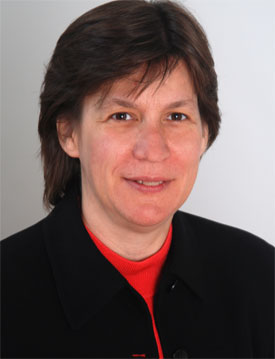 Sally Baird, the only out lesbian holding elected office in Virginia, serving on the Arlington County School Board since 2007, is also being honored as an OUTstanding Virginian.

”Being out in Arlington is not a big deal,” Baird says her progressive enclave, though she grants that being an out lesbian official is important statement when looking at all of Virginia. ”Things are not easy for everyone. In a lot of schools, it’s really tough. There are some places in Virginia where they couldn’t mind if every kid wasn’t in school.”

Also being honored at by Equality Virginia this year are Hugh Copeland, founder of Norfolk’s Hurrah Players theater education and performance organization; Jean Elliott, founder of the Gay in Appalachia program highlighting LGBT writers and filmmakers at Virginia Polytechnic Institute and State University (aka Virginia Tech); and Edward Strickler, a Charlottesville-based activist working with a variety of organizations, such as the Virginia Human Rights Council and the Diocese of Virginia Committee on HIV/AIDS.

Baird looks to these fellow awardees when considering her standing as an OUTstanding Virginia.”It’s pretty overwhelming, to tell the truth,” she says. ”I just look at the other names on the list and I’m sort of flabbergasted – and quite honored.”