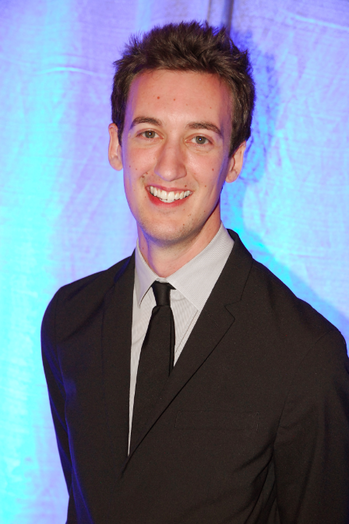 A former Human Rights Campaign and Servicemembers Legal Defense Network spokesman who also worked for the Media Matters LGBT project, Equality Matters, Thomas returned to his home state of Michigan this past year and announced his candidacy for the Grand Rapids-based congressional seat in February.

According to MLive.com, which reported on today’s endorsements from Granholm and Cherry:

Thomas, a former news producer at WOOD-TV8, gained the trust of Granholm and Cherry while working on their 2006 re-election campaign.

He later moved into the executive office, working on programs like “No Worker Left Behind.” …

“From day one Trevor has been a fighter for fairness and opportunity,” Granholm said. “From the newsroom to the halls of Congress, Trevor has the experience and passion to get results on the issues critical to Michigan families.

“This is a campaign of inclusion that will stand up and represent all the voices of West Michigan and I am proud to support and be a part of it.”

Cherry cited Thomas’ ability to put aside partisanship to get major legislation passed at the federal level.

“This is the fresh and progressive leadership we need today,” Cherry said.

Thomas was in D.C. this past weekend for the 20th annual SLDN dinner, celebrating the end of DADT.

Thomas, who filed the paperwork for his congressional candidacy on Feb. 13, told supporters at the time, “I’ve spent my life working to raise up the voices of those who haven’t been heard and who haven’t had a fair shot at opportunity — and that’s what this campaign is all about.”