This past week, the petition site Change.org hosted a 500,000-signature petition asking the Motion Picture Association of America (MPAA) to remove its “R” rating from director Lee Hirsch’s anti-bullying documentary, Bully. The film’s producers, The Weinstein Company, ultimately decided to release the film unrated and AMC Theaters CEO Gerry Lopez pledged to show the film so “guests [can] engage in the dialogue its relevant message will inevitably provoke.”

According to Box Office Mojo, the movie brought in more than $115,000 this past weekend, despite only being shown in five theaters — giving it the highest per-theater average among the top movies released this weekend.

Questions remain, however, about the unrated film’s viability. 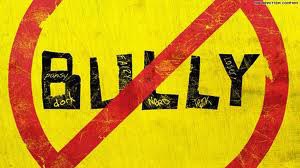 According to Bloomberg Businessweek reporter Caroline Winter, AMC Theaters are requiring children under 17 to have a parental guardian or a signed parental permission slip to see the film. The largest theater chain in the U.S. (Regal) is treating Bully like an R-rated film. The third largest (Cinemark) never shows unrated films, in support of the MPAA system.

A month ago, a Weinstein Company news release stated that an R-rating would not allow Bully to “be screened in U.S. middle and high schools, where it might otherwise reach a mass national audience of students and be used as a tool to stop an epidemic of physical, psychological and emotional violence.”

But while the lack of a rating may help Bully get viewed in schools outside of the theater, the film’s non-rating threatens its success while in the movie house.

Although Bully has an estimated production budget of $1.1 million dollars, more than half of the highest grossing NC-17 films of all time — films in which no one under 17 is admitted — have made less than a million dollars through combined ticket and DVD sales to date; most of them also feature graphic sex that parents might not want their children to see.

Although Bully only features swearing as opposed to adult sexual content, AMC is still offering only a limited release of Bully, with showings this past weekend in New York City’s Lincoln Square AMC rather than the chain’s nine other Manhattan locations, greatly reducing its potential audience. Despite its circumstances, a strong weekend opening could still help the film get a wider release. Michael Jones, deputy campaign director of Change.org called the AMC’s parental slip requirement “testing the unrated waters” and “drastically new for the whole movie ratings system.

“What [The Weinstein Company] is hoping is that theaters will react to it like AMC,” Jones said.