The House — over White House opposition — today passed its version of the Violence Against Women Act on a 222-205 vote. Among the provisions excluded from the House bill that are a part of the Senate bill passed this past month are several affecting minority populations, including LGBT people.

In a statement, Vice President Joseph Biden said, “The House has passed a version of the Violence Against Women Act that will roll back critical provisions to help victims of abuse. I urge Congress to come together to pass a bipartisan measure that protects all victims. VAWA has been improved each time it’s been reauthorized, and this time should be no different.” 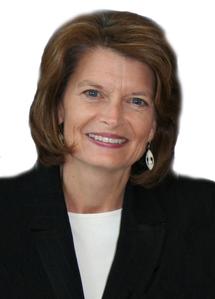 The House vote came after Politico reported that 13 “senators – all female – called for an up-or-down vote on the Senate bill, which garnered 68 votes in the Senate late last month. The lone Republican who signed on to the letter was Sen. Lisa Murkowski of Alaska.”

The White House has stated that, should the House version be presented to President Obama, his “senior advisors would recommend that he veto the bill.”

In a statement, Human Rights Campaign president Joe Solmonese said, “Today, House Republicans put partisan politics above the well-being of victims of domestic abuse. It is unfortunate – though not surprising – that some lawmakers refuse to acknowledge the basic dignity and respect LGBT domestic violence victims deserve.”

National Gay and Lesbian Task Force executive director Rea Carey added in a statement, “The Violence Against Women Act passed by the Senate and supported by the White House is a model bill designed to meet the needs of all victims of domestic violence in the country. The House version coldly and unnecessarily puts people at risk at a time when they are most vulnerable.

“Whether it’s access to health care or access to life-saving services, House leadership keeps turning their backs on the people, and on our common humanity. This is unacceptable. We urge the conference committee to put the critical provisions for LGBT people and our families back into the bill.”