Ashanti will perform at Fur Nightclub this Friday, May 25, as part of a ”mega party” for DC Black Pride. It’s purportedly the R&B singer’s first headlining gig at a gay event. And to think that’s only one of nearly a dozen official nightlife parties this weekend.

This year’s DC Black Pride nightlife, in other words, returns in a big way. 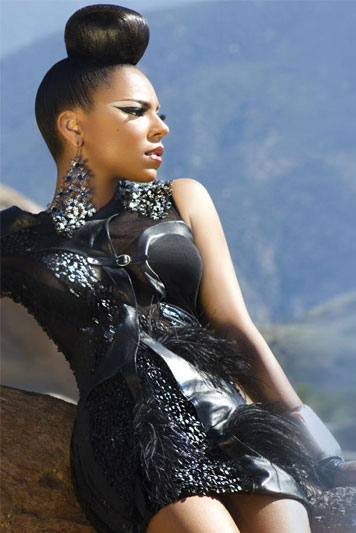 The DC Black Pride entity has officially partnered this year with Omega Entertainment for most of the nightlife events. The local men’s promoting powerhouse, which has put on its own Chocolate City Pride the last three years, has worked with DC Black Pride to turn many of Washington’s best and biggest nightclubs, usually straight, gay for pay. It’s also offering a twist on the typical pool party with the Island Inferno party Sunday night, May 27, at Cameron Run’s Great Waves Water Park in Alexandria.

Omega Entertainment kicks off the first of three parties on Thursday, May 24, at Northeast’s Layla Lounge with a Genesis party. The swanky venue will also play host to Saturday night’s The Manhunt – with what Omega bills as ”a surprise celebrity performance” at 2 a.m. – and Monday night’s closing party Apocalypse.

After the party Sunday afternoon at the Virginia waterpark, Love Nightclub plays host to one of the weekend’s biggest events, called Klimax, with a performance by R&B singer Teairra Mari and a $5,000 cash drop.

Omega Entertainment bills its parties as ”the most affordable good time on Earth.” Though the major evening parties cost $45 each, a limited number of all-access passes are available for just $90.