Recent decisions from the Obama administration suggest that the government is taking tentative first steps to gear up for the day when an American with a same-sex spouse who wants to immigrate to the U.S. will be able to get a green card for that foreign spouse.

Over the past month, the Board of Immigration Appeals, which is a part of the Department of Justice, has taken action in several cases involving same-sex binational couples that has the result of delaying the cases for now and potentially setting up the foreign partner of the couples to be granted a marriage-based green card should the Supreme Court declare Section 3 of the Defense of Marriage Act to be unconstitutional, Metro Weekly has learned.

Lavi Soloway, an attorney arguing several of the cases, tells Metro Weekly the move, which sends the cases back for further fact-based investigations to determine whether the couples would be eligible for relief were it not for DOMA, is “historic” and reflects DOJ’s apparent view that “there may very well be, a year from now, a post-DOMA world.” 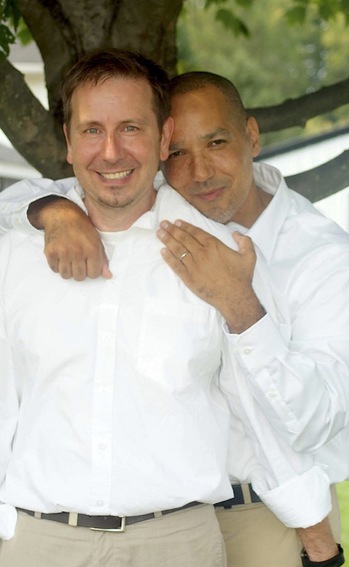 The decisions by the BIA in four cases reviewed by Metro Weekly, three of which involve visa requests and one of which involves a request to reopen an immigration case in removal proceedings, require similar follow-up action and use almost identical language despite appearing to have been signed by three different BIA members on behalf of the board.

More than a year ago, on May 5, 2011, Attorney General Eric Holder intervened in a BIA case, vacating a decision by the BIA related to the application of Paul Wilson Dorman in which the BIA had applied Section 3 of DOMA to his case to deny his petition. Dornan was in a civil union with his partner, and Holder, among other questions, had asked the BIA to resolve “whether [Dorman]’s same-sex partnership or civil union qualifies him to be considered a ‘spouse’ under New Jersey law” and “whether, absent the requirements of DOMA, respondent’s same-sex partnership or civil union would qualify him to be considered a ‘spouse’ under the Immigration and Nationality Act.”

In the four cases reviewed by Metro Weekly, all of which are being litigated by Masliah & Soloway, PC, the BIA appears to have taken Holder’s questions, begun applying them to all cases appealed to the board that involve DOMA-based denials and gone a step further to confirm whether the marriages themselves are valid.

In one of the BIA decisions, for example, the BIA states:

Although the Board lacks jurisdiction to consider the constitutional arguments raised by the petitioner, we do find it appropriate, in light of the Attorney General’s decision in Matter of Dorman, 25 I&N Dec. 485 (A.G. 2011), to remand this matter to the Director to address in the first instance the following issues:

1) Whether the petitioner and the beneficiary have a valid marriage under the laws of California; and

2) Whether, absent the requirements of section 3 of DOMA, the marriage of the petitioner and the beneficiary would qualify the beneficiary to be considered a “spouse” under the Immigration and Nationality Act.

Talking with Lavi Soloway, who founded Stop the Deportations to address this issue and says he is the attorney in the involved cases, he tells Metro Weekly, “They are unusual remands. They are an effort by the Board of Immigration Appeals to have the immigration service answer additional questions which, strictly speaking, should not be necessary since the denials were based solely on the fact that the couples were of the same sex and therefore barred by Section 3 of DOMA.

“The BIA is essentially forcing the immigration service to undertake full adjudication and to produce a complete fact-finding for each couple to determine the bona fides of the marriage, rather than simply deny them perfunctorily because they’re gay or lesbian couples,” he continued. “Once U.S. [Citizenship and Immigration Services, which is within the Department of Homeland Security] has done all that fact-finding, they’re essentially setting the stage for being able to approve the petitions in a post-DOMA universe. They’re providing everything that one would need to know to approve those petitions if the Defense of Marriage Act did not exist … and that’s not typically the role of the Board of Immigration Appeals.”

Neither DOJ nor BIA spokespersons responded to a request for comment on whether the remand procedure constituted a policy that would be applied to all similar cases.

Soloway describes the unusual nature of the move by noting that that “additional fact-finding” requested in the remand decisions “cannot, under current law, alter the outcome” because of DOMA.

He says that the move is “extremely important for those of us who have been advocating that these cases be fully adjudicated, that all the fact-finding be done, that interviews be conducted for the purposes of determining that the marriages are bona fide and that these cases are approvable, and then held in abeyance.”

Whether the cases will be held in abeyance remains to be seen, but Soloway notes that “the denials are essentially vacated” because of the remand. Two of the couples had applications for adjustment of status to permanent residence, or I-485 applications, that were concurrently filed. Those applications are now also pending … because the alien relative petition [(I-130)] is pending.” The pending I-485 allows for work authorization, Soloway notes.

“This is a choice by the Department of Justice,” he said. “It’s a surprising development. It’s a welcome development. … It’s also historical. This has never happened before.”

Although President Obama’s Rose Garden announcement on June 15 related only to the Department of Homeland Security’s immigration treatment of people younger than 30 who would have been helped by the DREAM Act, it appears that action in another area of discretion — in the court-like function of the BIA — is resulting in temporary relief for some same-sex couples facing immigration challenges.